With most meetings taking place digitally, attendees get an up-close look at presenters — meaning that it’s more obvious than ever when presenters on the other side of the screen are reading from a script. According to Timo Elliott, vice president, global innovation evangelist for SAP, there are a couple of ways to tackle this “new normal” challenge.

A tried-and-true method for remembering lines during live events is reading from a teleprompter — something that can be recreated in the comfort of speakers’ homes. In a LinkedIn post, Elliott suggested apps like PromptSmart Pro and the Mac Teleprompter. If speakers opt to go this route, Elliott advised reading the script aloud “a gazillion times” before filming it, even if the words will still be readily available during the presentation. Teleprompter apps can stall and make speakers lose their place, Elliott noted, which isn’t ideal for speakers who are overly reliant on seeing the full script during their presentation. 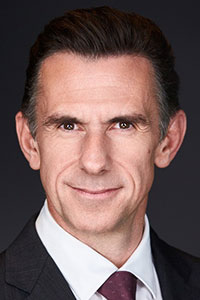 “You’ll save time and correct as you go,” he wrote. “If you find yourself struggling over a passage, it’s probably a sign that it should be rewritten to be more natural.” Elliott noted that scripts should be written in a “spoken voice” to avoid sections that feel too stilted or formal, especially in a digital presentation format that can already feel less natural to attendees.

To limit eye movement that gives away the fact that the speaker is reading, Elliott suggested sitting or standing farther away from the camera or using a longer camera zoom. Not only does this make reading less noticeable, but it also allows the speaker to frame their arms and hands in a natural way that will help them underline their points with simple gestures and emote to the audience.

If the speaker must sit near their computer camera, such as for a meeting hosted on Zoom, WebEx, or Microsoft Teams — one way to avoid unnecessary eye movement in closer quarters is to slow down the teleprompter speed. The Democracy Labs, an online hub for ongoing innovations in local, state, and national government, created the BigStage Teleprompter online app that can fit in the same screen window as any virtual platform. Speakers can position the teleprompter to a comfortable spot on their screen, choose the font size, color, and scroll rate, and press “pause” to answer questions, according to the organization.

If that’s too much going on in one small screen for some speakers, they can also opt to use a second screen, like a tablet or cellphone, situated just above and behind the main laptop camera, according to Baltimore-based video production company Freedom Digital Media. Speakers can use the teleprompter on their second screen, ensuring that their eye-line meets up to the camera. The video production company suggested setting up a cell phone one foot away, a tablet three feet away, and a computer monitor or television five feet away from the camera

Of course, following a teleprompter isn’t for everyone — in fact, Elliott wrote that if speakers can’t figure out a teleprompter setup that works well for them, it’s best to not use one at all. “Instead, either just use it for bullet points, or use an old technique from reading from paper scripts,” he wrote.