Cut through lies and deception to find the truth by "following the money". The approach also helps understand Mark's recent actions. DemLabs tracked the money, investors and forces at play with publicly available information and Kumu.

Background
Mark decided that Trump’s use of the phrase “When the looting starts, the shooting starts” was not a call to violence or a racist “dog whistle.” - Wired

“The lack of backbone, and this weak leadership, will be judged by history. Hate speech should never be compared to free speech,” one Facebook employee wrote. “The president (sic) is literally threatening for the National Guard to shoot citizens. Maybe when we’re in the middle of a race war the policy will change.” - NYT

What is a relationship map?
Relationship maps reveal the web of relationships between people and organizations to reveal  money flows and how people are influenced. Kumu, a free app helps understand the money and forces possibly at play behind Mark Zuckerberg's recent actions. Here are three examples of the relationships that are easier to follow when displayed visually. 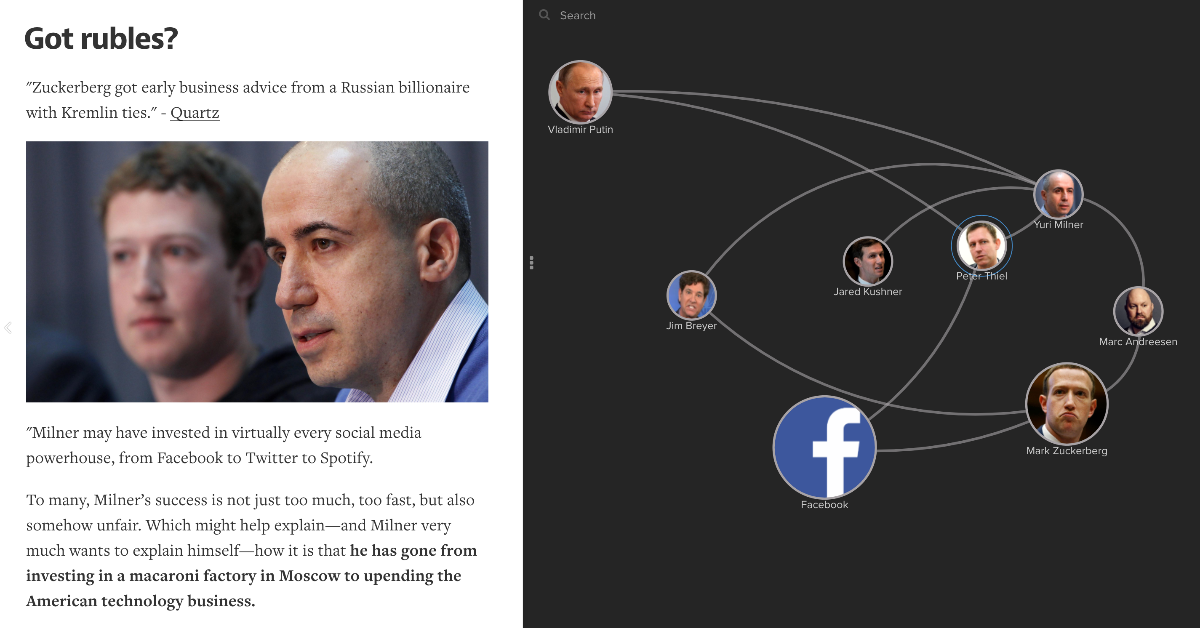 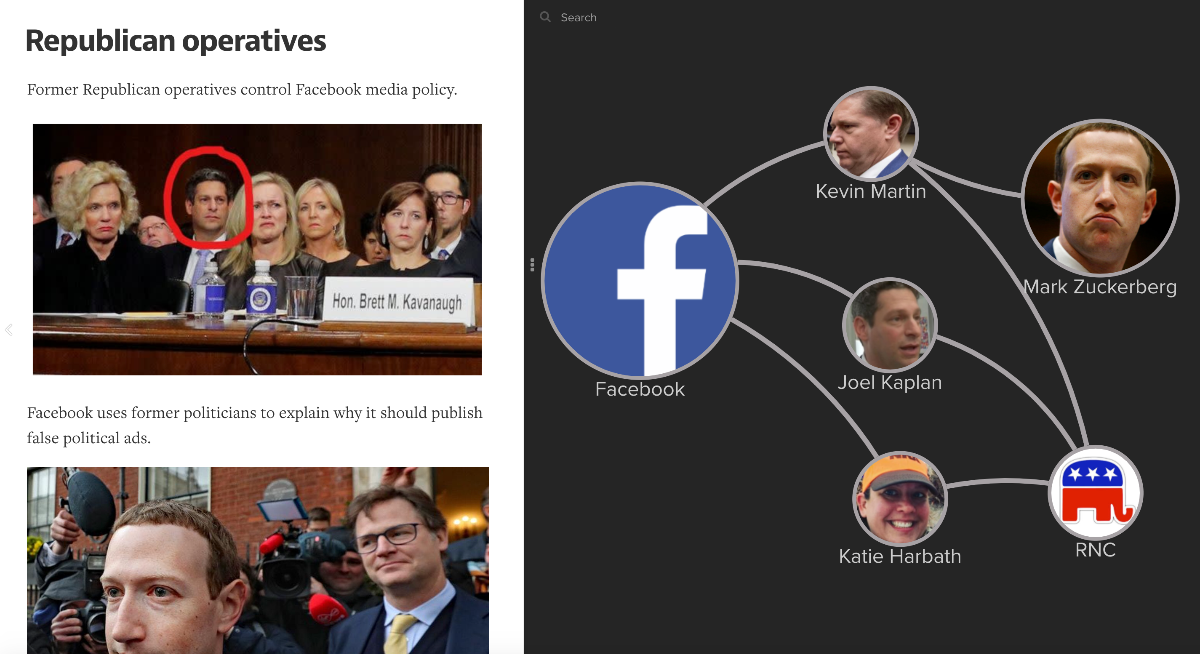 Take away
"Follow the money" was popularized in the film 'All the President's Men'. It suggests corruption can be brought to light by examining money transfers.

Create relationship maps with Kumu to follow the money and reveal the truth.Take away
"Follow the money" was popularized in the film 'All the President's Men'. It suggests corruption can be brought to light by examining money transfers.

Create relationship maps with Kumu to follow the money and reveal the truth.