Record, Save And Share Videos Of Police Action With A Single Phone Command 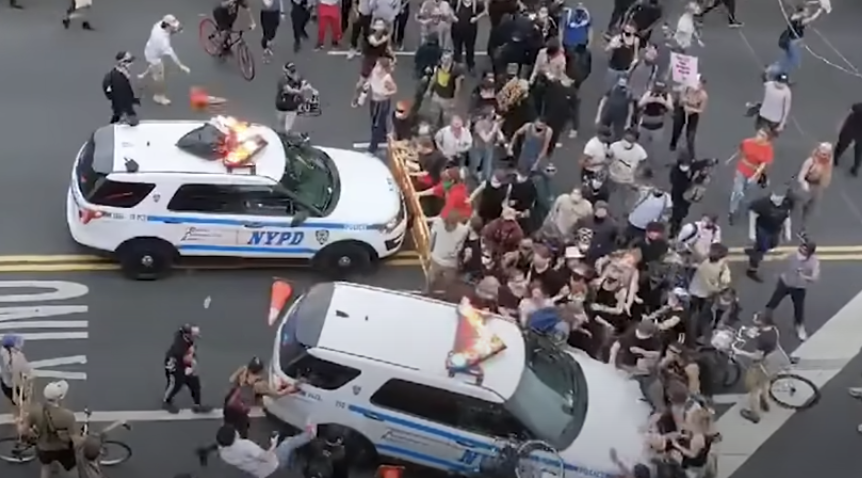 Videos raise public awareness and hold public servants accountable for their actions. How do you record and share a video quickly in the middle of a protest or police activity? There is a free app for that!

It's hard to record a video, save it securely and share with others quickly before your phone might be snatched away or worse. Shortcut, a free iphone apps lets you string together a series of actions and run them with a single Siri voice command.

Robert Petersen of Arizona developed Police, a free shortcut that monitors police interactions so you have a record of what happened. Here's how it works.

1. It stops an incoming messages
2. Reduces the brightness on your phone
3. Finds your prcise location in terms of latitude and longitude
4. Sends your location to the people you'd like to inform in the event of an emergency.
5. Takes a video with the camera on the front or back of your camera
6. Adjusts the video brightness
7. Sends the video to the people you've specified ahead of time
8. Saves the video online to your iCloud drive
9. Resets your phone to receive messages

You mount your phone on your car dashboard and have it record in hands-free mode with this Shortcut.

First instal the Shortcut app on your phone and then download the POLICE shortcut. Configure it with the emails of the people that you want to share your recording with where you would like to save your recording online (such as iCloud or DropBox).

Using the Shortcut
I tested the Police Shortcut on my iPhone XR by saying "Siri run Recorder". You'll notice that the Shortcut highlights the step it is at in green. The Shortcut took about a minute.

Making a recording
"The ACLU says it is legal to record police in any public space if you are lawfully present. Officers are not allowed to delete your footage for any reason, and cannot confiscate or demand to view footage without a warrant." - CBS

"Recording the police is protected by the First Amendment, particularly when they are carrying out their duties in a public space, is a constitutional right.

Steven Silverman, the Executive Director of Flex Your Rights, a non-profit organization that aims to educate the public on their rights during police encounters, notes that officers will sometimes try to shoo away onlookers, particularly those who are filming." - Mic

Take away
Hold the police accountable for their actions. Videos can help.