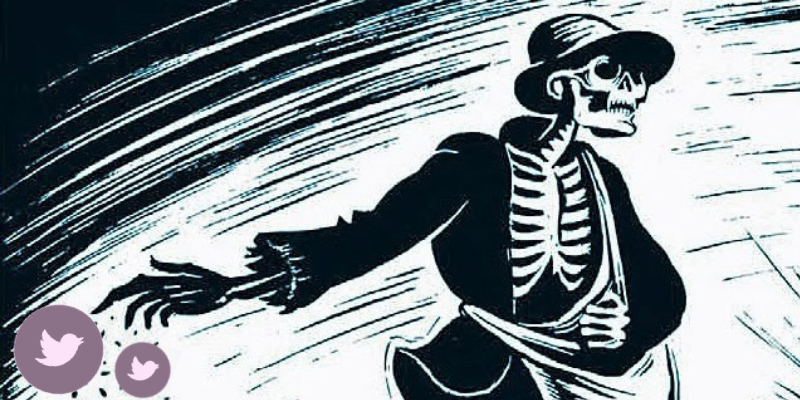 How do trolls promote racial strife and violence on social media?

"Outsiders, extremists are among those fomenting violence in Twin Cities" - MPR.
"The goal is to attack the American social fabric where it is most vulnerable along lines of race and creed." - The Guardian.

These headlines inspired DemLabs to analyze tweets about the strife in Minneapolis and Los Angeles. We used Nexalogy software for this social media monitoring project.

Civic responsibility
"Social media are designed to hijack their users’ attention. That makes them excellent conduits for the dissemination of lies and for the encouragement of animosity." - Economist

Twitter is a transparent platform and provides an interface for others to analyze tweets.

The Facebook family (including Instagram and WhatsApp) on the other hand is an opaque platform. It prevents external groups from analyzing (for instance) posts promoting racial strife, who is posting them and who is being targeted. This makes Facebook ideal for domestic and foreign actors keen to hide their identities and actions.

1. Identify the hashtags being used to sow discord.
2. Who is tweeting? How often do they tweet?
3. Who are bots interconnected? How many followers do they have?
4. How bots retweet and amplify tweets from other bots?
5. Where do the tweets originate from?

A second report analyzed the tweets about looting in Los Angeles.

We started by trace the hashtags used to sow discord.

Next we analyzed who was tweeting and referenced the most. With this information we could research individual accounts involved in the campaign. See details and tips below. 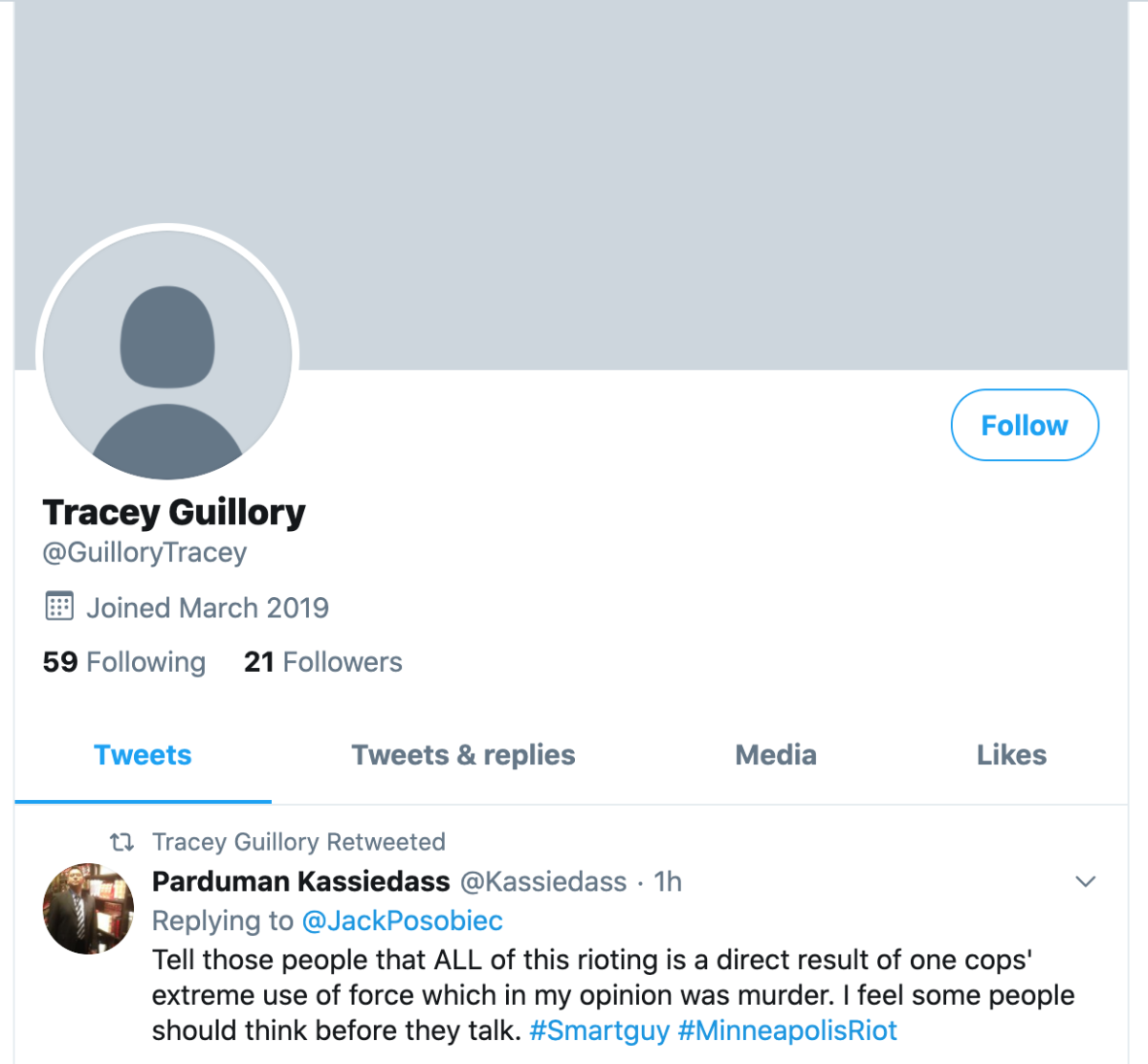 Check when was the Twitter account created, the number of followers? Is the profile photo missing or a stock photo? 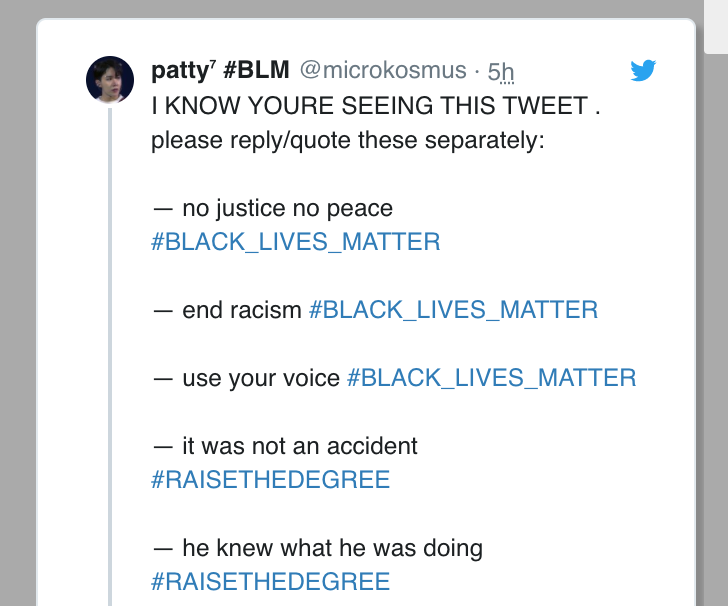 Bots will retweet other bots in their network rather than generate new content. Bots are programmed to coordinate their posts to get the most amplification.

We then analyzed what messages were being pushed and who was behind them.

Many of the tweets on this topic originate from Turkey, Hungary and Croatia!

Clues to spot a bot
Many tweets are generated by bots rather than a real person. How do you spot the difference?
- Bots have few followers and follow a few other accounts themselves
- They may be dormant for long times and then tweet at a high frequency when activated
- A network of bots will often tweet in a coordinated manner with other bots
- Bots usually will have a large number of retweets and few original tweets
- Bots will often have profile images of stock photos or are blank
- Bots often have profile names with numbers (a good indicator that bot creators are creating a large number of bots and do not have the time to give each bot a unique name)

Timeline of number of tweets 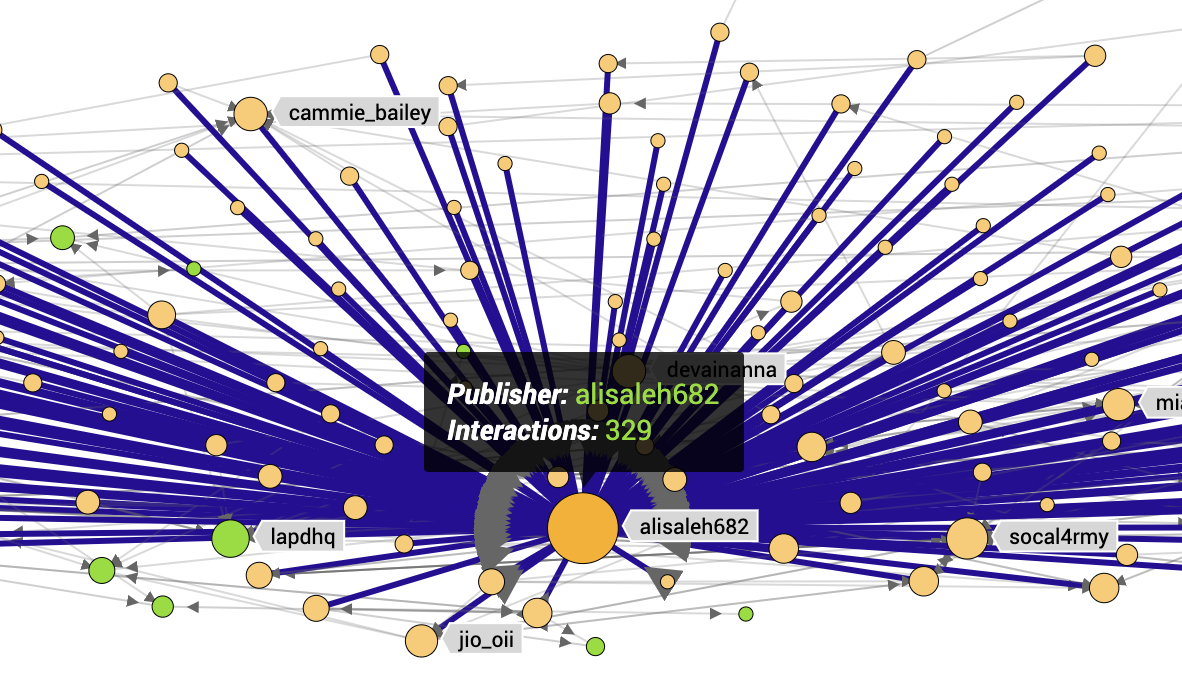 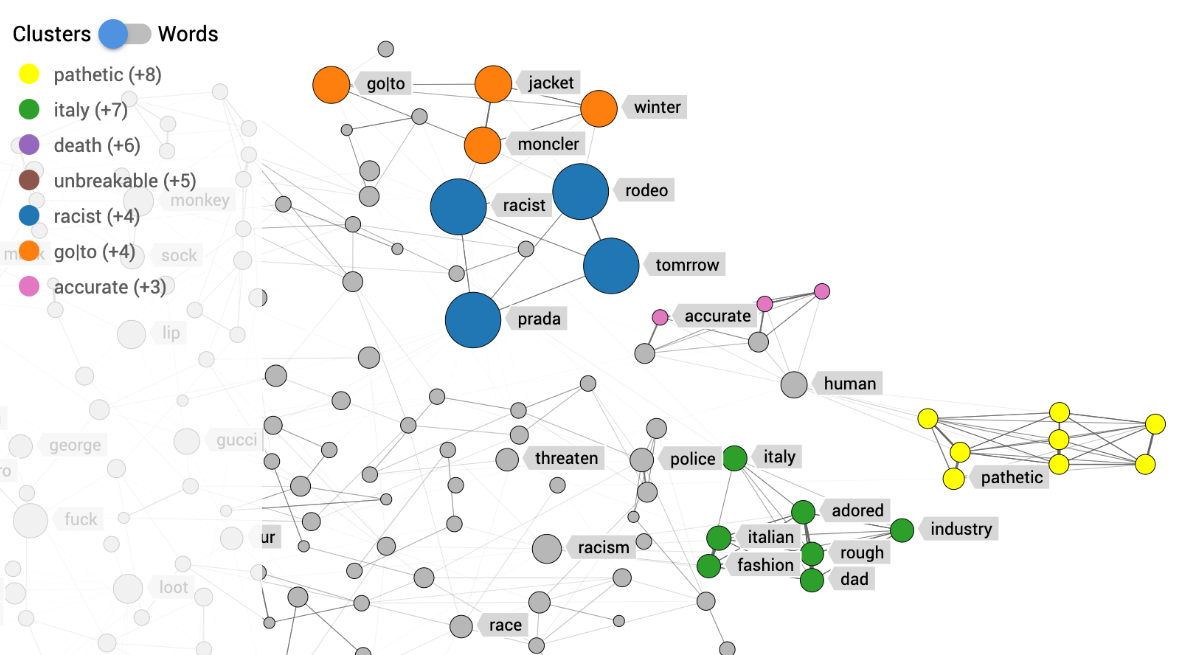 Analysis of words used in the tweets

Lessons from the 2016 Presidential Election
Fool me once, shame on you. Fool me twice, shame on me. Domestic and foreign actors use social media to sow discord for their own political purposes. It's high time to raise public awareness of how social media is being used to manipulate them. Social media monitoring on Twitter makes it possible to analyze suspicious posts and possible bad actors. Facebook is a kingdom to itself and its wealthy advertisers.

"Russia-linked imposters had hundreds of millions of interactions on Facebook with potential voters who believed they were interacting with fellow Americans, according to an estimate by Jonathan Albright of Columbia University’s Tow Center for Digital Journalism. Those interactions may have reinforced the voters’ political views or helped to mold them, thanks to the imposter accounts’ techniques of echoing shrill views and presenting seemingly sympathetic views with counterintuitive, politically leading twists." - The Guardian