Big numbers make it hard to fully grasp the size of a tragedy - such as the number of American deaths from the Coronavirus.

The facts are clearer when placed in context with other well known examples such as deaths from 9/11 and the Vietnam War. Infographics make it easier to visually grasp facts at a glance. 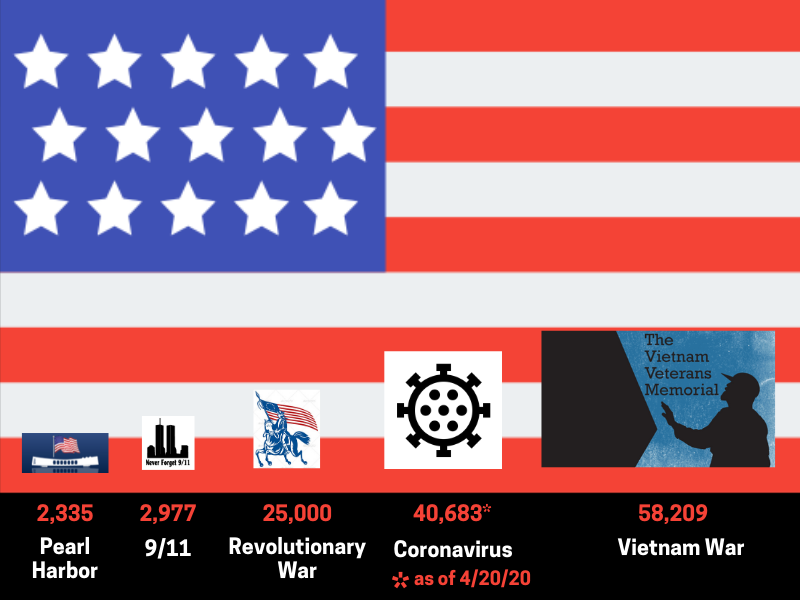 Steps
We used Google to research the facts and find images to use in the infographic.

We used Canva, a free app to create the infographic which visually presented the number of American deaths from each tragedy. The images  are sized in proportion to the number of deaths involved in order to make it easier to understand. We used EZGIF, another free app to convert the static image into an animated infographic that you see above. 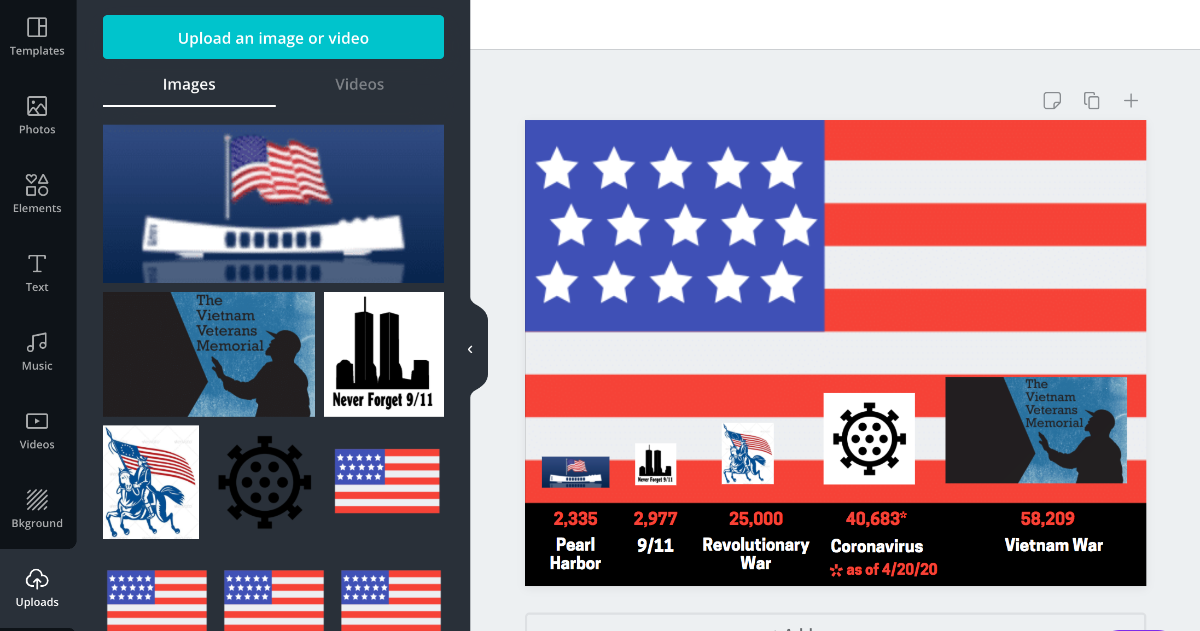 Take away
Don't let politicians tap dance around the facts and deceive people with 'alternate facts'. Make it easier for people to see the truth for themselves with an infographic.

Use free apps like Canva and EZGIF to quickly create your own. Learn more here.

Please share this blog. DemLabs is a SF-based, progressive hub for ongoing technology and creative innovation with free and affordable apps. Donate here to support our work.