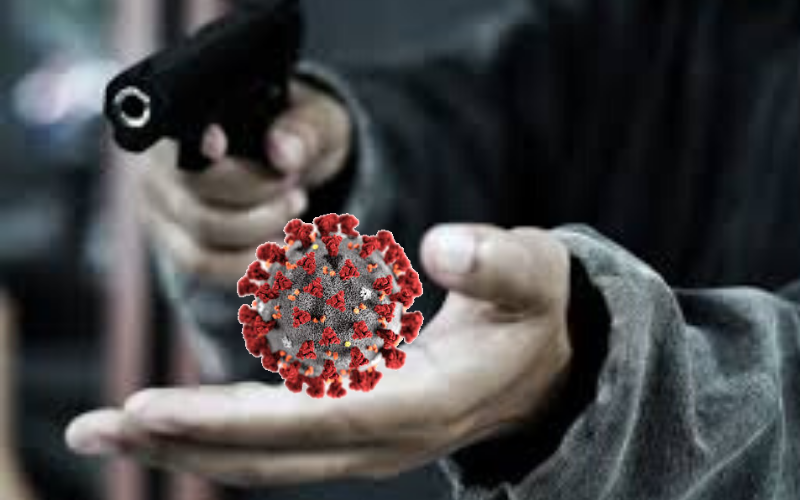 Michigan Republicans insist legislators vote in-person in the middle of a pandemic!

"Michigan has the third-highest number of COVID-19 cases in the nation, with at least 617 deaths.

Minority Leader Chris Greig, (D-Farmington Hills) said in a Saturday letter to Speaker of the House Lee Chatfield (R-Levering) that she has "grave concerns" about the Legislature convening Tuesday. She believes it's unnecessary, and said she is also concerned about plans by the Republican majority to vote "on a measure that is both insufficient to address the present public health crisis and legally dubious." - News Review

Rapid SWIM response
StateWide Michigan Indivisble (SWIM) is a coalition of Indivisible groups in Michigan determined to defend our democracy. How does a coalition of 48 groups across a large state coordinate its activities and mobilize volunteers quickly?

SWIM uses REMIND, a free rapid response app. Activists and volunteers are tagged in the app by their location, expertise, and interest. Urgent notifications are sent by text along with documents (such as the questions to ask at a town hall). Alerts can be sent to individuals, chapters or the whole coalition. 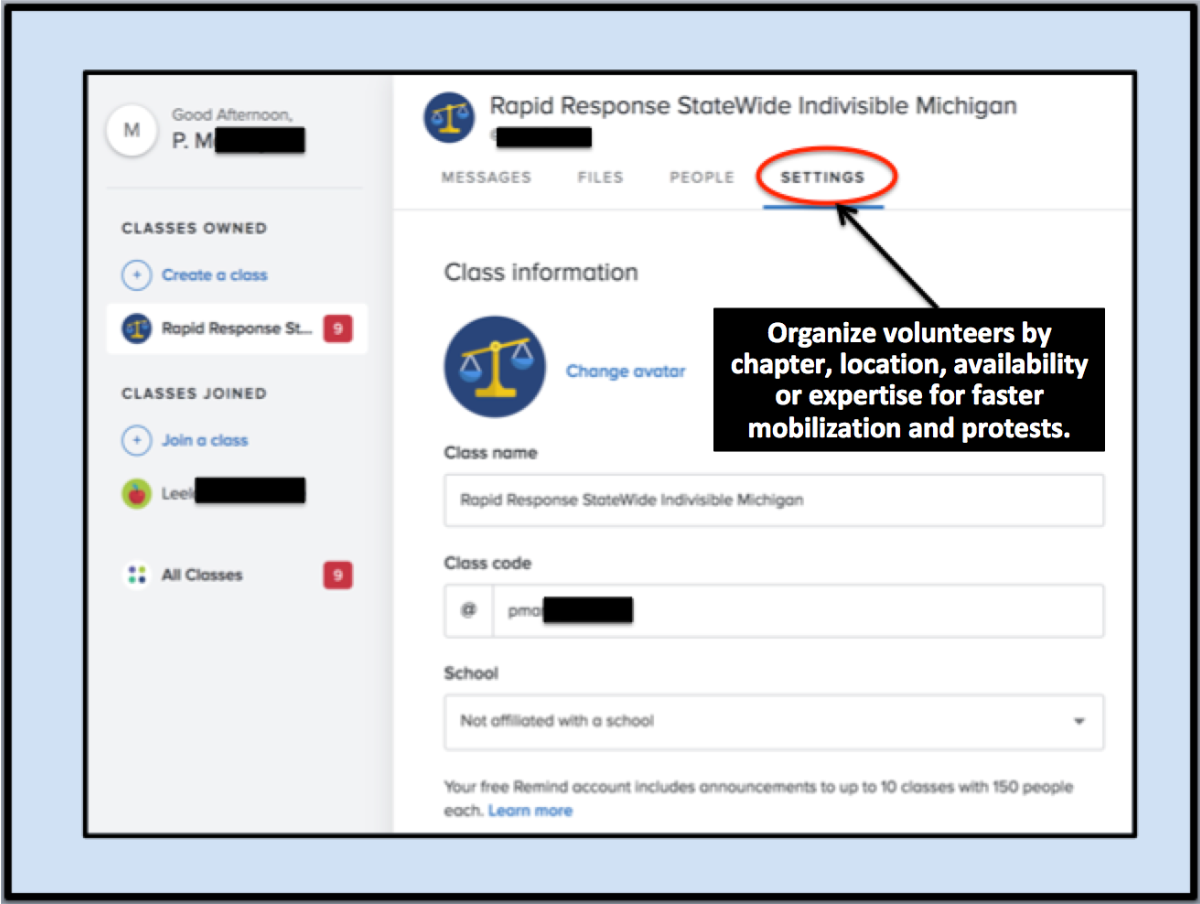 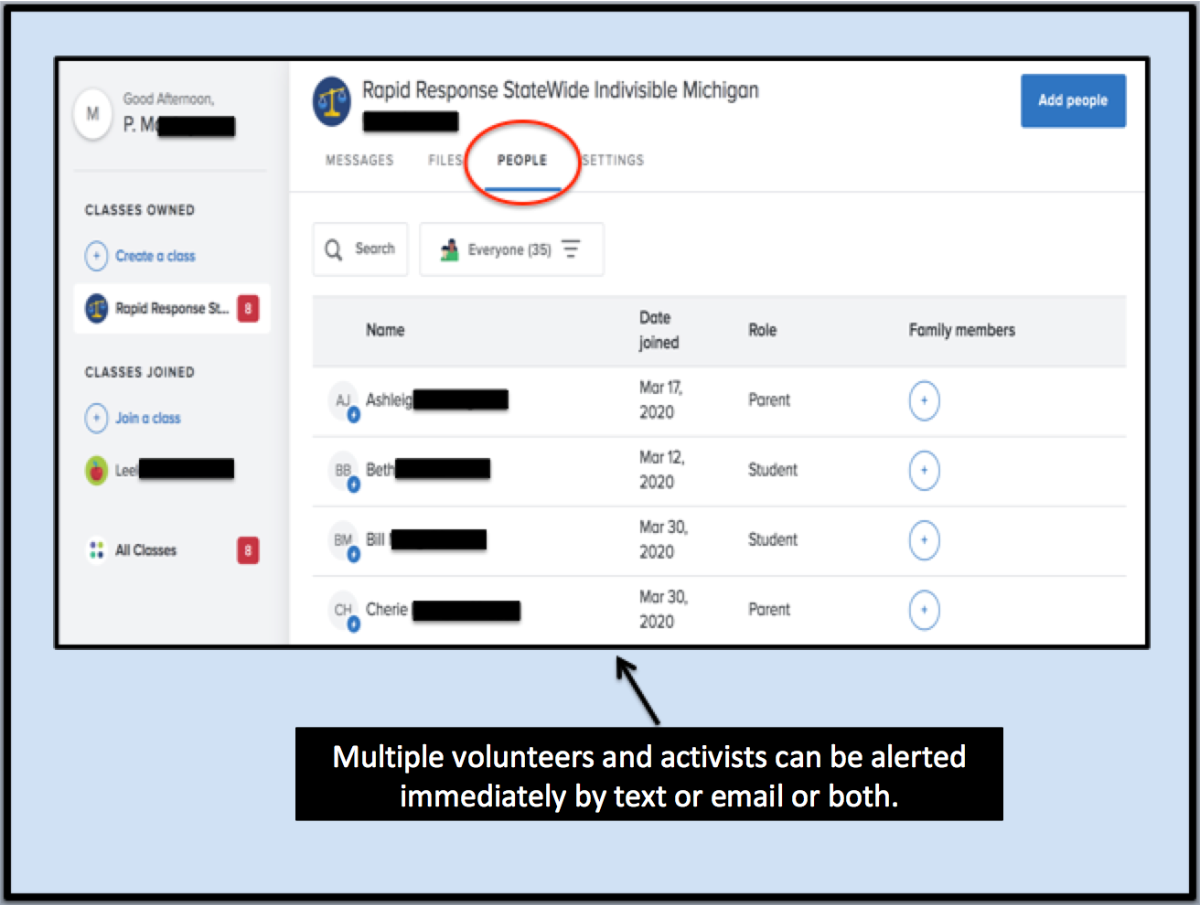 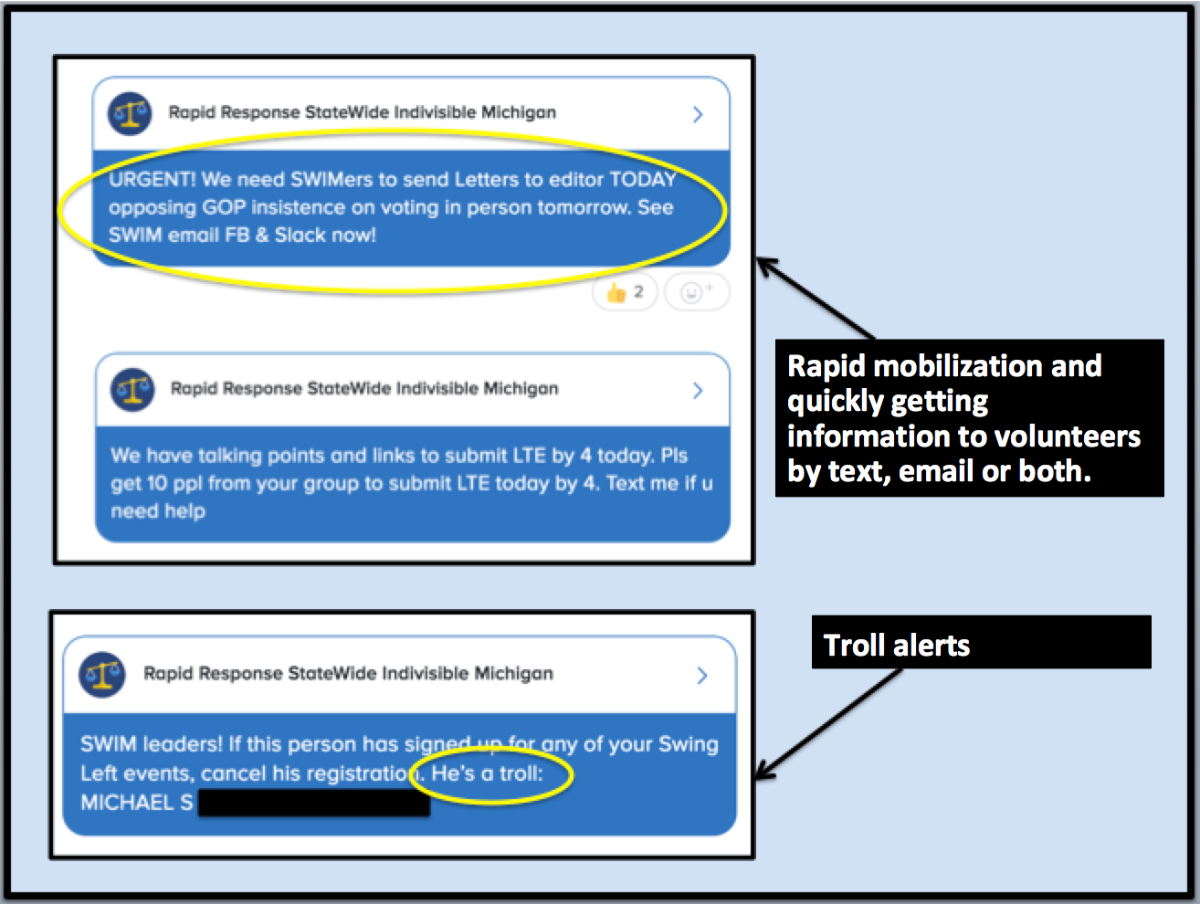 Take away
Putting people's health at risk for political gain is plain wrong. Grassroots groups with limited time and resources strggule to be heard against entrenched politicians funded by big corporations. Free, innovative technology helps level the battlefield a little. Use free apps like REMIND to mobilize your forces quickly.

Find out more about how to use REMIND and other free apps for progressive organizing here.

Deepak
Co-Founder, DemLabs
Please share this bulletin. DemLabs is a SF-based, progressive hub for ongoing technology and creative innovation with free and affordable apps. Donate here to support our work.