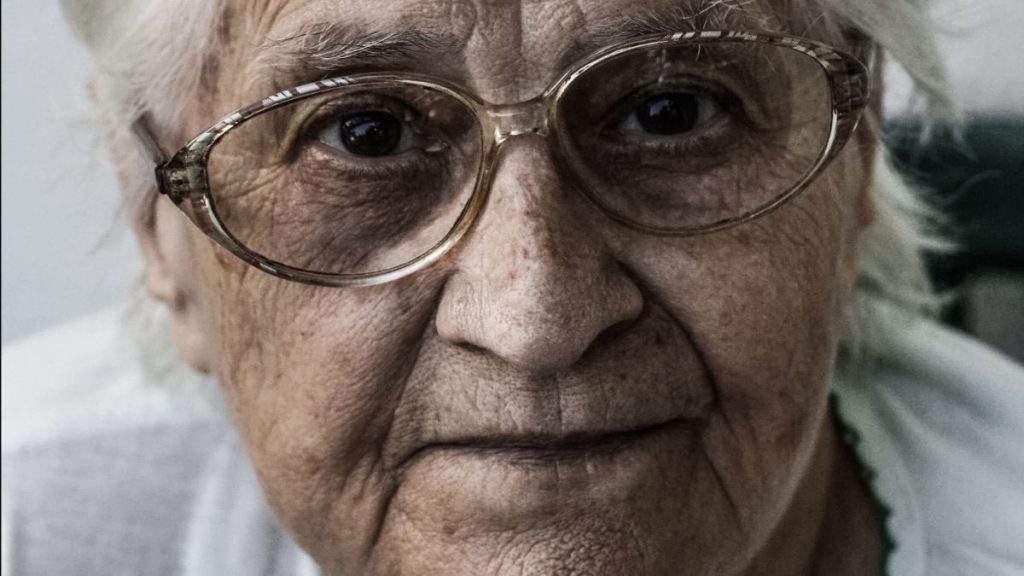 The disabled, poor, uneducated and senior citizens suffer from not knowing of healthcare cuts and new voting restrictions until it is too late to protest.

Flyers, emails and texts don't work when people can't read or are offline. How can such hard-to-contact people be alerted of new developments that might hurt them, in time for them to organize protests? How can this be done quickly and on a small budget?

Voicebots are programs that handle incoming calls, ask questions and answer caller's questions. Businesses from Uber to Netflix use them. Voicebots can also do wonders for campaigns, activists and advocacy groups.

The need
Information is often used to make it harder for people to vote. A North Dakota effort to disenfranchise Native American voters, led DemLabs to explore how voicebots could be applied to inform, empower and mobilize voters.

In 2018 officials in North Dakota suddenly issued a controversial Voter Id law that demanded residents of Native American reservations show identification with a current street address. This law disenfranchised many citizens living on reservations who typically use a P.O. box rather than a street address. Tribal groups scrambled to respond by issuing residents with IDs with street addresses so they could vote. This was a challenge due to limited time, money, technical resources and spotty internet access. Tribal organizers found a valuable resource in the '911 Address' system that provides emergency responders with the caller's physical location.

Residents who couldn't read or write and only had landline phones still had a hard time finding their 911 address. Donna Semans is an organizer with Four Directions, a Native American group that works for equality at the ballot box. She requested DemLab's help in finding a solution for residents to get their 911 address with just a phone call. The solution had to be simple, affordable and not require any more workers. 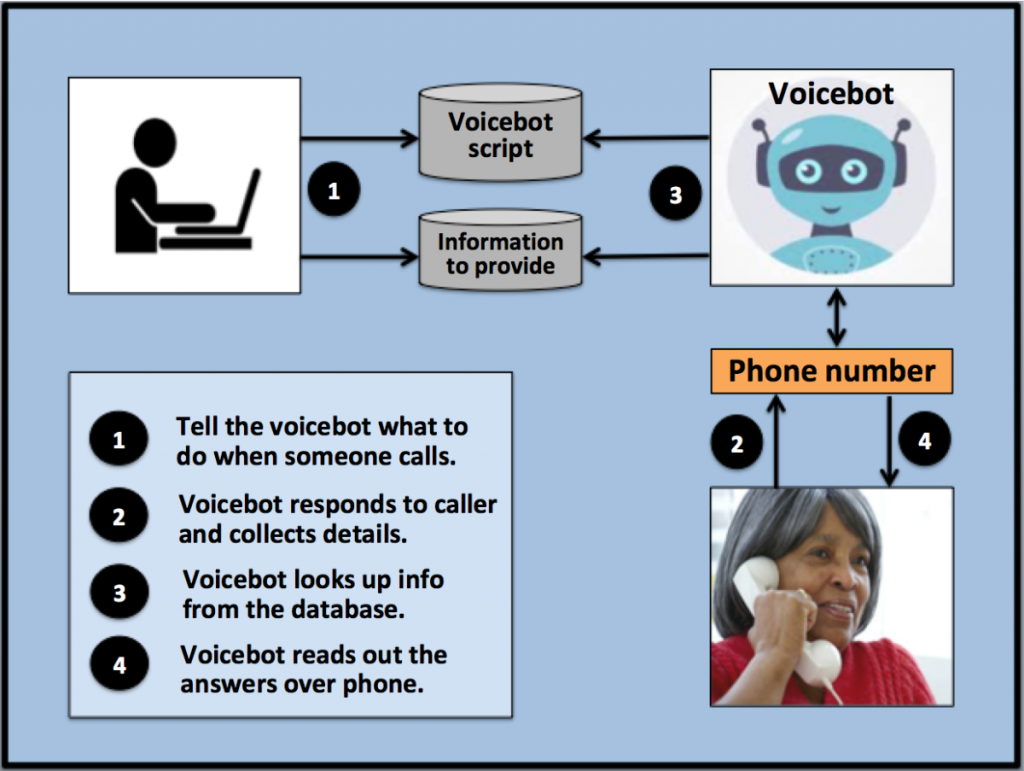 Solution design
It's hard to inform and organize voters who aren't online, lack cell phones and can't read. Innovative technology exists to meet this need: voicebots that can be set up to handle many questions, look-up the right answer and respond to callers immediately.

DemLabs designed a voicebot to help residents on the reservation find their 911 address. The voicebot asks residents for their community name and house number. It digitizes what they say, and uses that to look up a database and reads out the answer to the caller. We chose the Twilio AutoPilot to build the voicebot because of it features, price and dependability. Addresses for the voicebot to provide were stored in Google Sheets. Voicebot technology is now easy to use and affordable. This prototype was built in two days for a few hundred dollars.

Voicebots have siblings that specialize in SMS and Facebook interactions. Learn more here.

How do voicebots work?
Call 202-765-3481 to try this voicebot. Pick a community and house number from the list below. The voicebot uses your answers to look up the address and reads the answer out aloud. Click here to hear a voicebot interacting with a user.

Millions of Americans aren't on Facebook, don't use email and cannot read printed brochures. Many don't have a computer nor internet access. Reach them with voicebot powered helplines.

Other voicebot applications
Voicebots can provide information on fast changing situations to hard to reach people. Examples:
- Help Native American Residents find their 911 addresses
- What cuts are being planned to Medicare and who should be contacted to protest?
- What's behind the high cost of drugs?
- Where is the nearest rally?
- Conduct surveys.
- What form of Voter ID is required in a state in order to vote?

Voicebot benefits
- Scalable: Handle hundreds of calls at the same time, so there's never a 'busy' signal.
- Flexible: Set up with different scripts that define how to interact with callers.
- Smart: Can understand different voices and accents.
- Resourceful: Can find answers from a database that's easily updated.
- Affordable: Platforms suitable for even small campaigns.
- Valuable: They can collect details on callers to follow-up with.