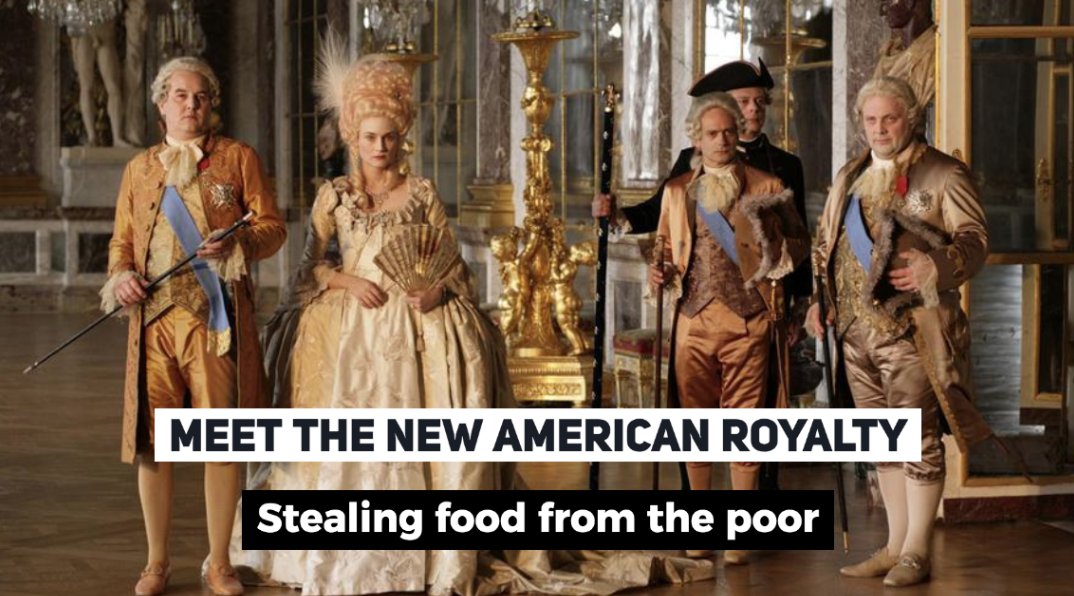 Three free video creation apps give even the smallest group the chance to be heard. They are simple to learn and easy to use.

DemLabs has tested and trained progressive groups for over two years to create videos with them. The videos they have created include campaign videos for state election, protests against food stamp cuts, police brutality and demands for better public housing.
1. Lumen5 - An easy to use app with royalty-free, professional video and sound clips.
2. Adobe Spark - Fast creation and customization of videos.
3. Microsoft Flipgrid - Remotely collect video comments from voters on an issue.

These apps generate videos that can be used independently of the apps in social media ads, on web sites, or shared by email. The videos can be easily revised with new content and customized for different campaigns.

Background: An activist group wanted to protest the Trump administration's plan to cut food benefits and encourage voters to contact their senator.

Project: The fifty second video was produced in a day with Lumen5 on a laptop in one day by a volunteer. It includes a snippet of a movie trailer, a sound track from Lumen5, royalty free images from pxhere and a $15 image from Political Cartoons.

A list of senators with their contact info from Postcards For America was used. It was converted with bit.ly (a free app) to create an easy to remember URL (http://bit.ly/whereismycake). The video was uploaded to Vimeo which allows for ad-free streaming.

Background: Sean Frame ran for office in California's fourth district. There were three key issues tin his race - broadband internet access, fire insurance and affordable healthcare. He had no budget nor staff to create campaign videos.

Project: Sean first recorded a fifteen second message for votes on his iPhone. Volunteers used SPARK to creates three issue-specific campaign videos in a 'lego-like' model. The introduction to each video is different, but the call to action for votes was the same in each. This reduced the time and effort needed to create each video. Watch the actual video with sound here and learn more about using Adobe SPARK here. 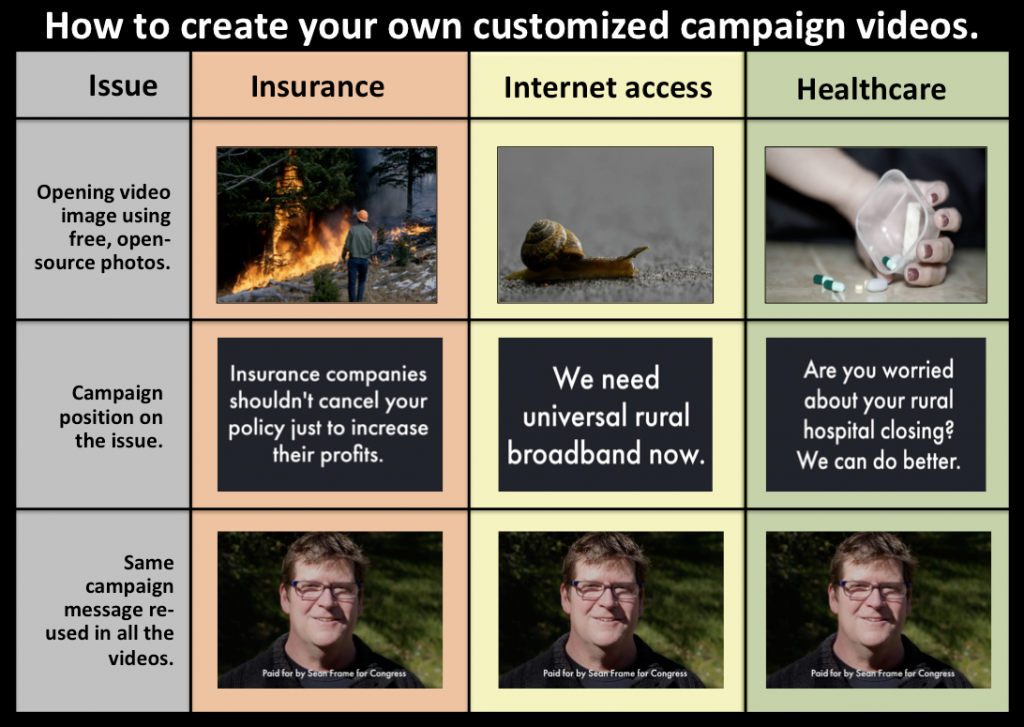 Project: DemLabs trained local activists to collect video comments from public housing residents using Flipgrid. This was done by first recording a prompt which was shared in the form of a link. Residents could record their videos on phones or laptops. All the videos were collected automatically and used to create an advocacy video in Spanish that can be see here.

Watch this 20 minute tutorial prepared by National Democratic County Officials (NDCO) and DemLabs on how to use Flipgrid to collect video comments. 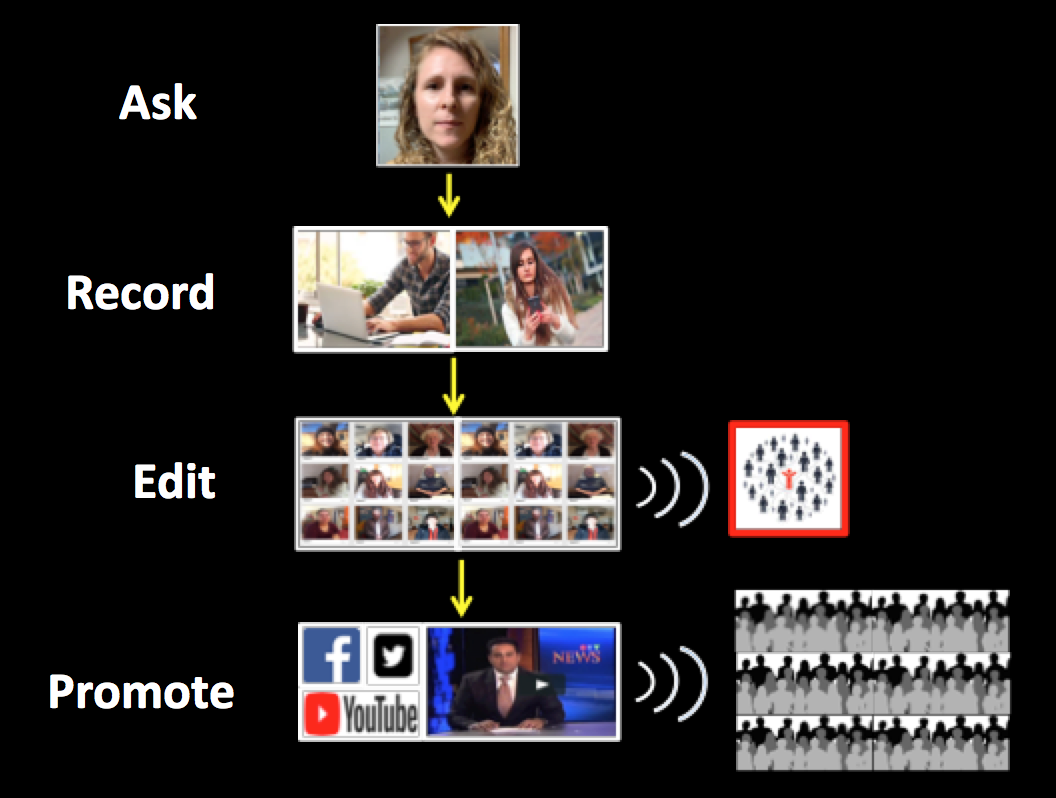 Streamlined video creation with apps
Generic videos don't work well in all races, but producing a unique video for each race is too costly. These three apps provide the best of both worlds. Groups first record their key message which is then customized with additional content to different campaigns.

- Political action committees (PACs) create issue videos. These are then customized for the candidates supports rather than creating individual videos for each candidate.
- Candidates (like Sean) record their appeal for votes and then adapt the core video for different campaign issues. 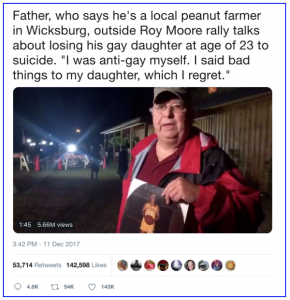 Design videos for engagement
Nathan Mathis' video before the Roy Moore election had over 5 million views! What drives such engagement and sharing?
1. Timely
2. Authentic
3. Personal
4. Concise
5. Video quality is less important than the content

Video clips from real people most impacted by an issue resonate. Such clips are often more compelling than studio-based recordings by actors. Campaigns can collect video responses to questions they pose. and incorporate (with permission) in their videos.

Take away
Nathan Matthis' video demonstrates the power in real people's voices to persuade others. Progressive groups should collect such voices and use these free apps to create campaign videos themselves. Learn more on how to do this here.