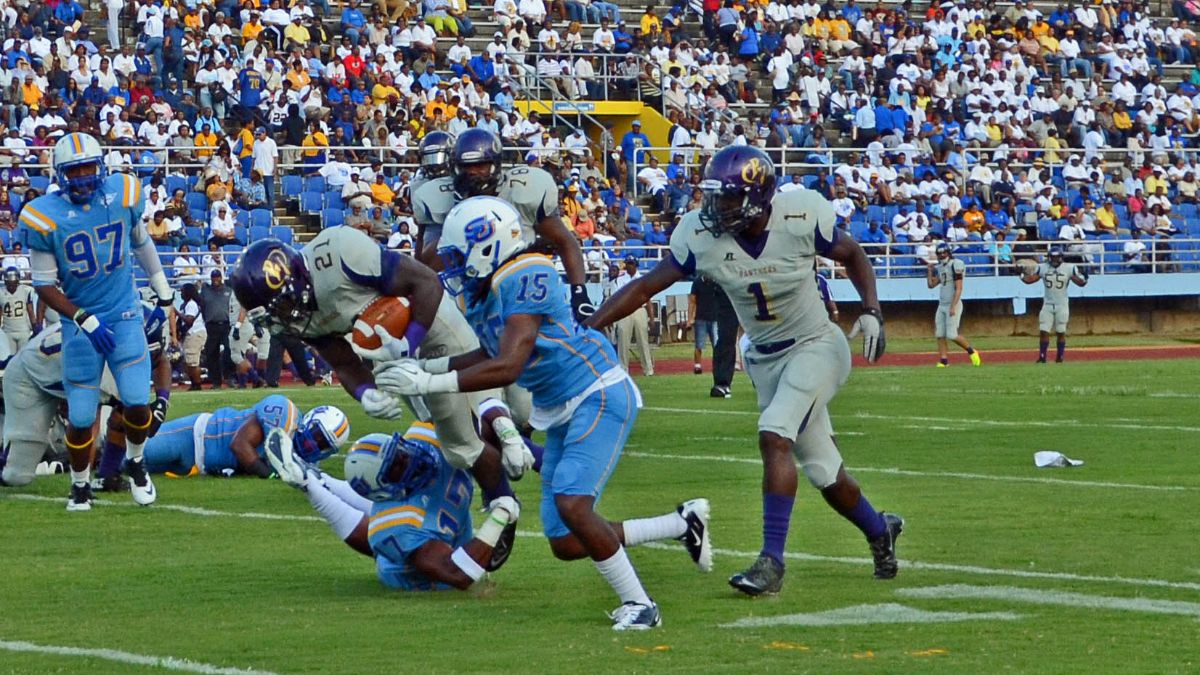 Getting out the vote is a campaign's final drive push. The Black Voters Matter Fund ran a fast, frugal get-out-the-vote campaign in Louisiana's election for governor.

Background
Getting out the vote (GOTV) allocates limited funds and staff to push supporters to go vote. Cliff Albright, co-founder of the Black Voters Matter Fund used $1,000 in geo-targeting and mobile advertising to get out the African American vote. This is the process and apps they used: 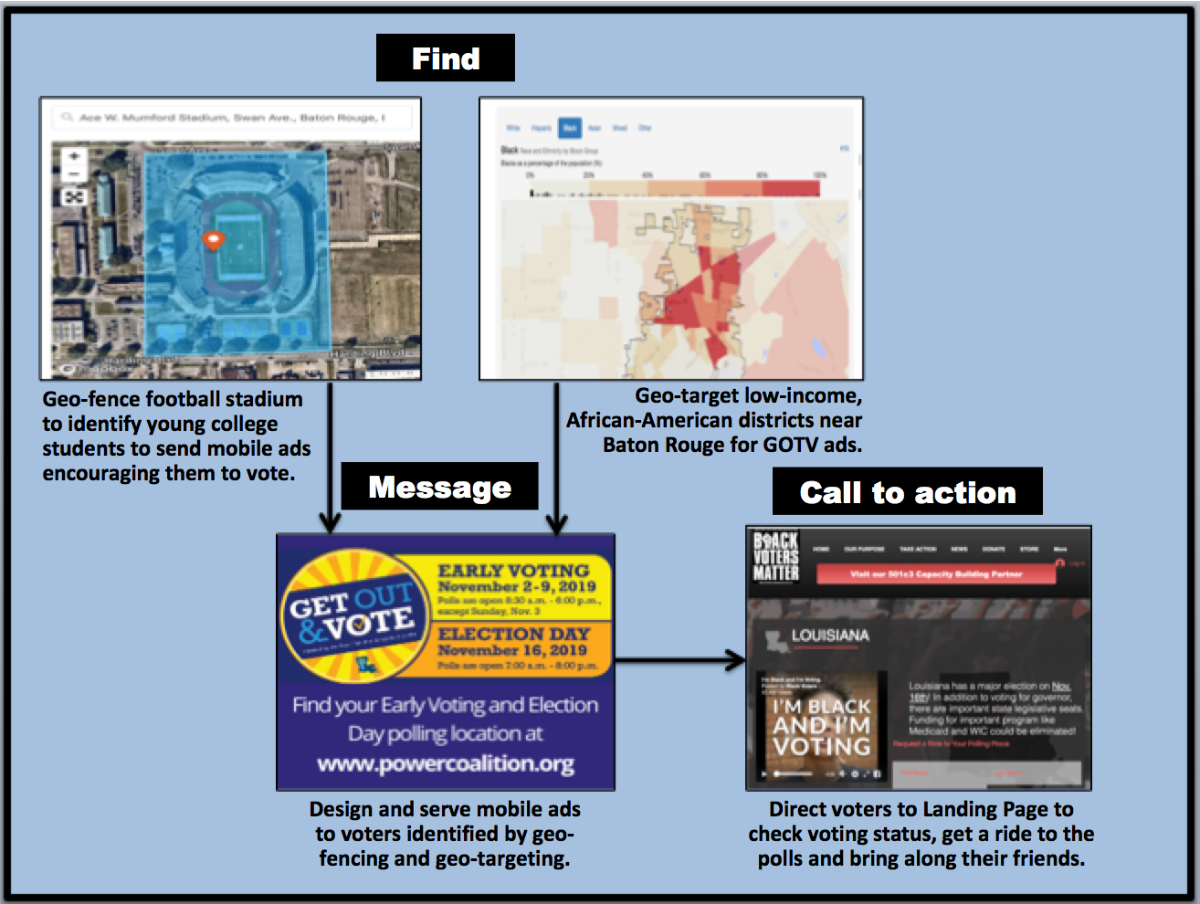 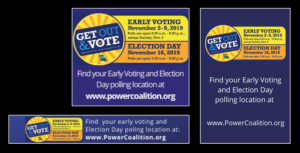 Ad design
Mobile ads are served in 320x50, 300x250, 320x480 pixel sizes. An ad from the Power Coalition was reformatted with Canva, a free app into these ad sizes. A/B testing was used to serve ads in different sizes and messages. The ads that get the most responses get served more frequently.

Landing page
BVMF created a compelling landing page where people who clicked on the ad were directed to. It included details onthe election, the option to request a 'Ride To Your Polling Place', check their Voting status and how to encourage their friends to vote as well with Motivote.

Geo-fencing the football stadium in Baton Rouge
The campaign geo-fenced the A. W. Mumford Stadium, a 28,500-seat multi-purpose stadium on the campus of Southern University. This collected Mobile Device Ad IDs (MAIDs) of their phones which were sent sent ads. Learn what's involved in a mobile ad campaign here.

Geo-targeting African-American districts
The campaign wanted to target districts with high concentrations of African American voters for their GOTV message. They used Statistical Atlas, a free app to find the zip codes to be targeted with mobile ads. This helped make the most of a small advertising budget.

This GOTV campaign was a collaboration between:
Black Voters Matter Fund
Voice Of The Experienced (VOTE)
Power Coalition For Equity and Justice
The Center For Common Ground

Take away
"They say Football's a matter of life and death - but it's more important than that", said Bill Shankly. So are elections. Play smart.

Please share this bulletin. DemLabs is a SF-based, progressive hub for ongoing technology and creative innovation. We focus on free and affordable apps. Donate here to support our work.