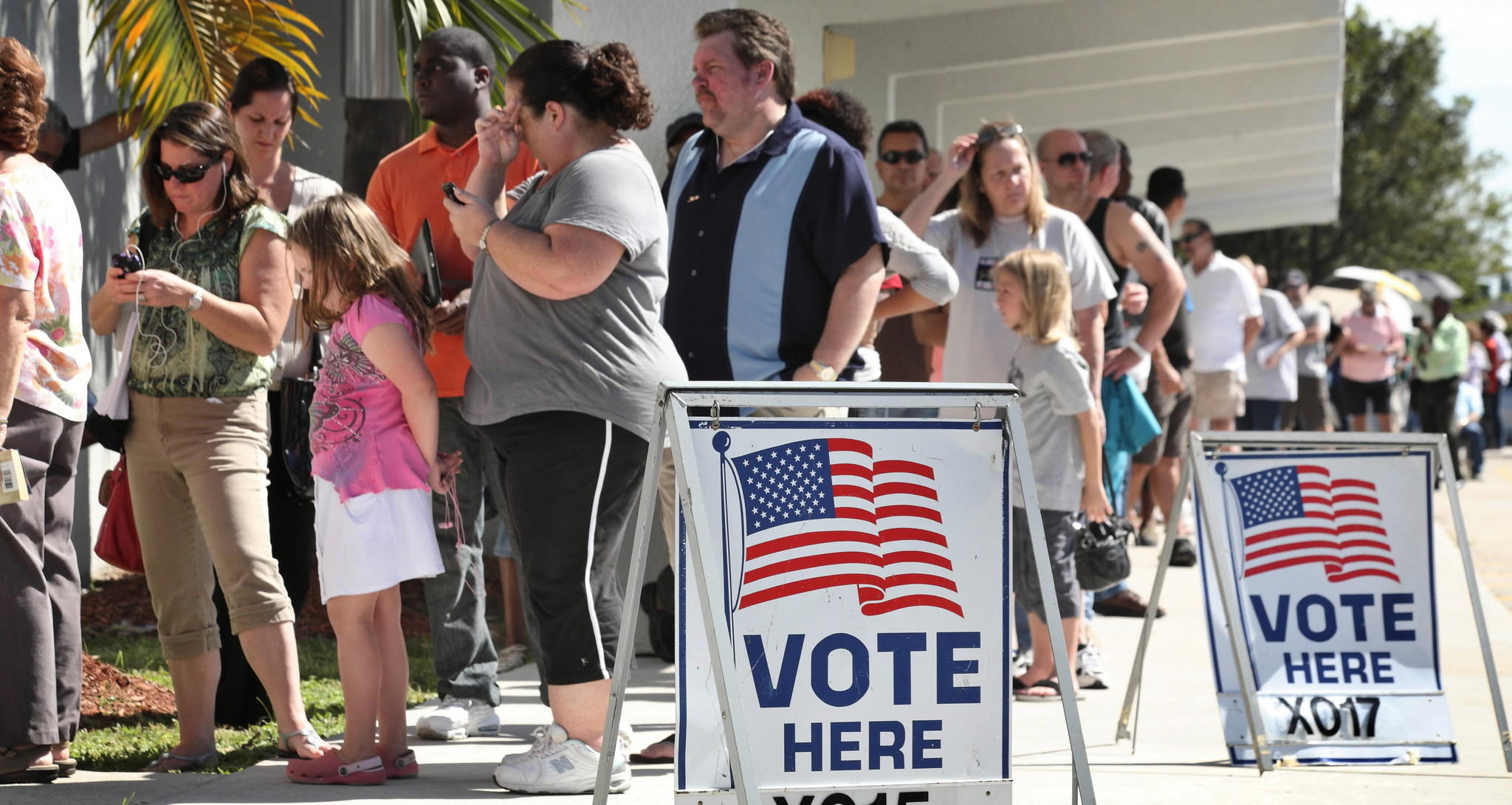 Mapping apps easily guide people to their destinations. Why then do voters often get sent to the wrong polling location?

Bad data on polling centers. Organizers rely on Voter Activation Network (VAN) files to direct voters to polling locations. But sometimes the VAN isn't updated promptly when a polling location has been changed or closed. This creates confusion and reduces voter participation. Voters get frustrated by going to the wrong polling center and often have neither the time nor patience to get to the right one.

With so many other issues affecting the outcome of an election, bad data shouldn't be one. To paraphrase Jay-Z, "I feel bad for you, son. I got 99 problems, but the wrong polling location ain't one."

Background
Andrea Miller, a veteran organizer with the Center For Common Ground knew there was a problem. She is working on arranging rides by volunteers for voters in Chesterfield County, Virginia which has a large African American community. Andrea noticed that the addresses in the VAN she was using were different than the locations from the official Virginia Department of Elections.

The cause of the problem is that the VAN had not been updated with the most current information from the Virginia Dept. of Elections. This faulty information would have resulted in Andrea's team directing people to the wrong polling centers. Fortunately, Andrea caught this and is working with the VAN administrator to get their records on polling center locations corrected.

Is the polling location data you're using up to date with the latest official records? 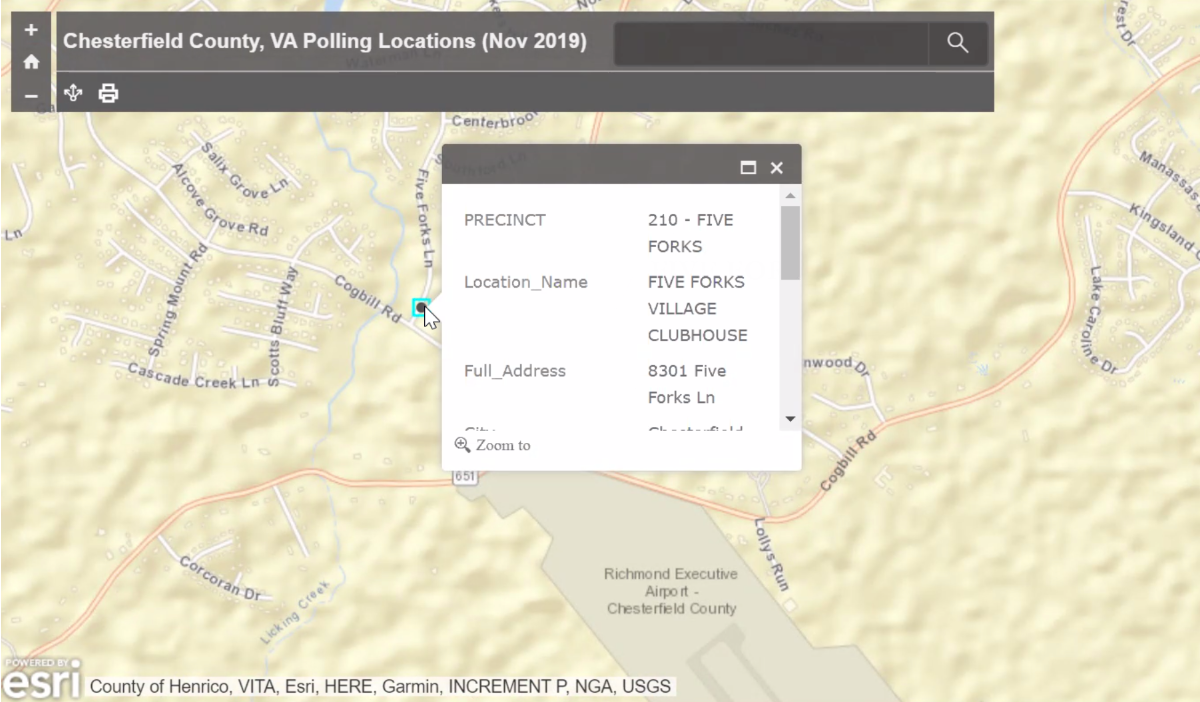 That revealed a totally different location at 8301 Five Forks Lane! This is serious as voters would have to travel almost two miles to get to the proper location. 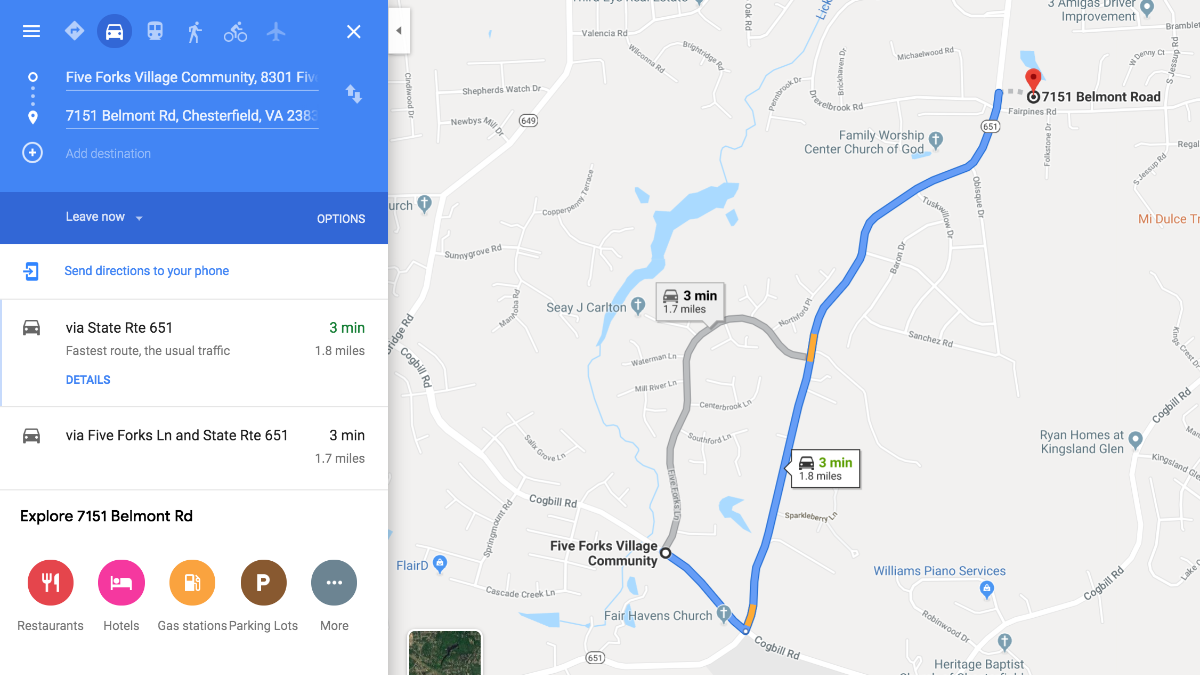 Get to the right polling center

Andrea (with help from Adam Arcichowski, DemLabs, Esri) created an interactive map of the polling centers in Chesterfield County using the official polling locations from the Virginia Dept. of Elections.

Map of polling locations in Chesterfield County for 2019

Takeaway
Millions are spent on persuading voters and getting out the vote. Make sure to get voters to the right polling location. Check to see if the records you are getting from your VAN are aligned with the official information from the Dept. of Elections.

Let us know of other areas where technical innovation can improve voter participation.

Please share this bulletin. DemLabs is a SF-based, hub for ongoing technology and creative innovation for progressives. Donate here to support our work.