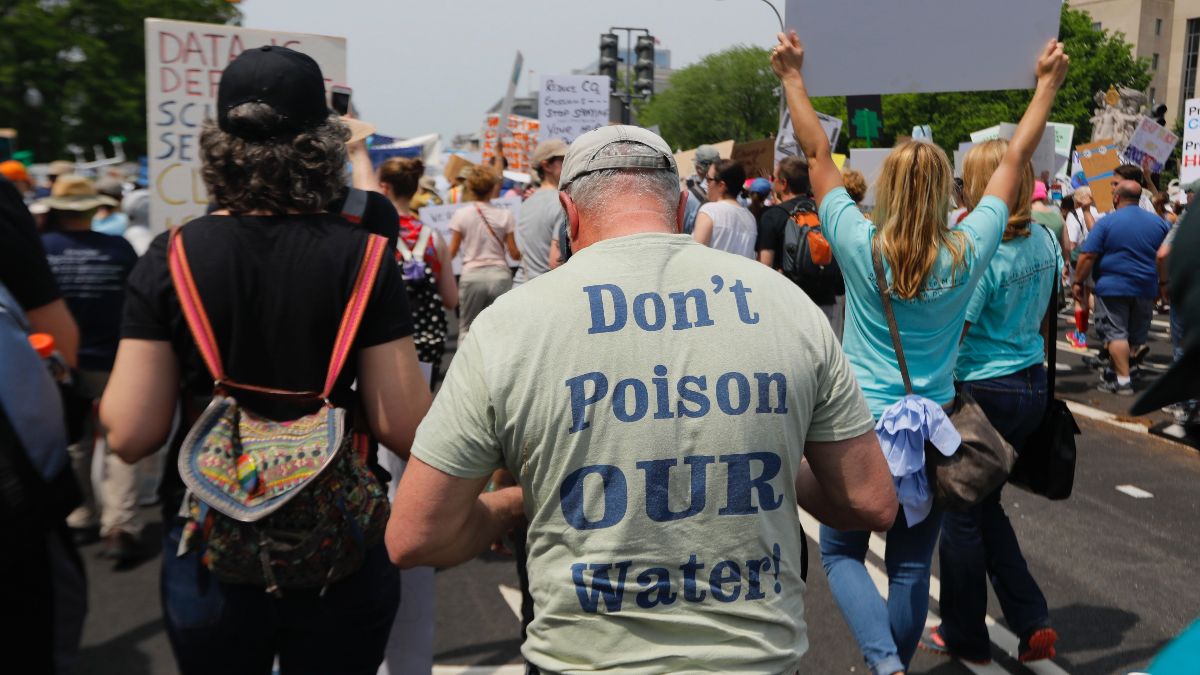 Coordination makes all the difference - especially when time and resources are tight. Thousands of people taking part in hundreds of events, organized by dozens of groups. Where and when should they go?

It's especially hard with groups organizing multiple events at different locations with little lead time to alert supporters. How can supporters find out about nearby rallies, protests and town halls? How can organizers do this with no budget and only a few part-time volunteers?

StateWide Indivisible Michigan (SWIM) organizes better with a little help from DemLabs and by innovating with the free GLIDE app and Google Sheets. 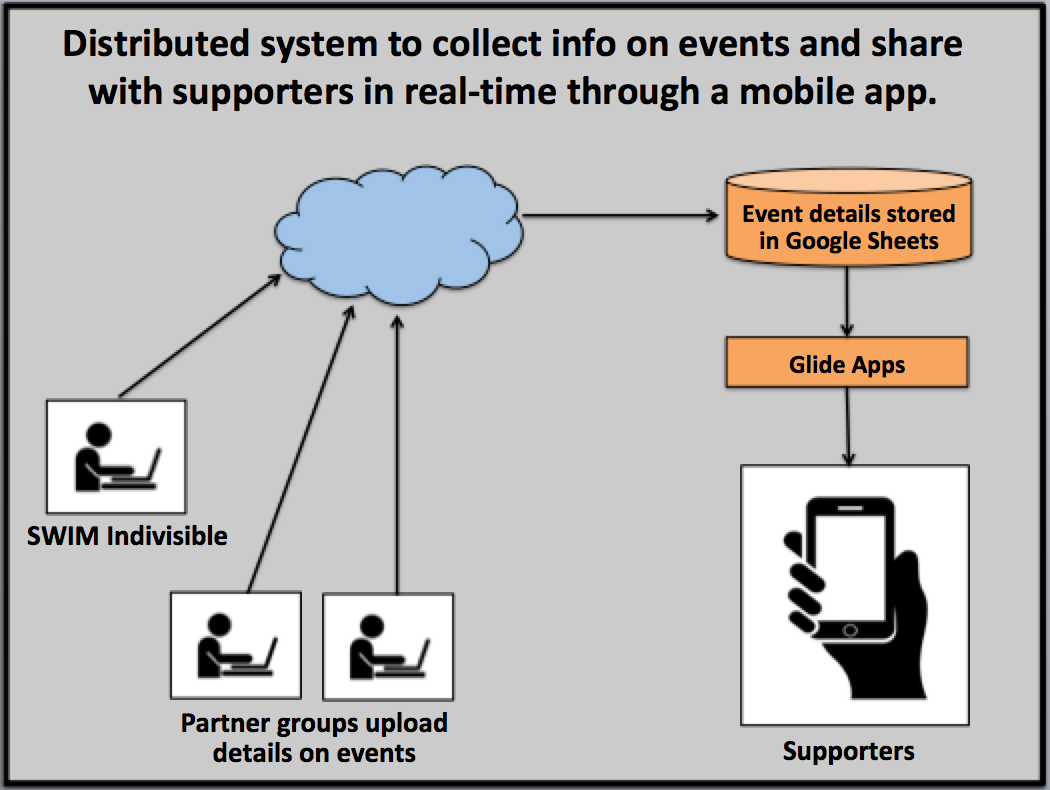 App design
SWIM also created a Google Sheet with details of upcoming events. This includes the date, time and location of the event in addition to how people can RSVP and a phone number/email for more details. SWIM enters event details and also shares access to this Google Sheet with other groups so that they can also enter the details of the events they are planning.

To design this app, SWIM created a Google Sheet with different Indivisble chapters in Michigan. Some chapters preferred to list just their city and the zip code.  The chapters are shown in the app as 'SWIM Groups'. They can be searched for on the map or by enering a city of the name of the activist group.

Keep your supporters in the 'know'
The mobile app is automatically refreshed as new events and chapters are added to the Google Sheet. You can see this in the demo below.

Volunteers and supporters can access the app through an easy to remember link bit.ly/swimapp without having to instal an actual app on their phone.

Take away
Small groups need to adopt asymmetrical tactics to tackle bigger opponents who have more resources and funding. They need to be nimble, coordinate with other groups and use the best tools available.

"The Americans were a slippery enemy. George Washington doesn’t get credit enough for the times when he used the terrain and asymmetrical warfare to beat the biggest Western Empire the world had ever seen." - Civilian Military Intelligence Group

Free software levels the playing field. Get your supporters to the closest town hall, rally or protest efficiently with free apps like Glide Apps  and Google Sheets. Learn more here.

Please share this bulletin. Democracy Labs is a SF-based, hub for ongoing technology and creative innovation for progressives. Donate here  to support our work.