Persuasion To Go. Voting Rights Group Uses Billboards To Get Out The Vote In North Carolina. 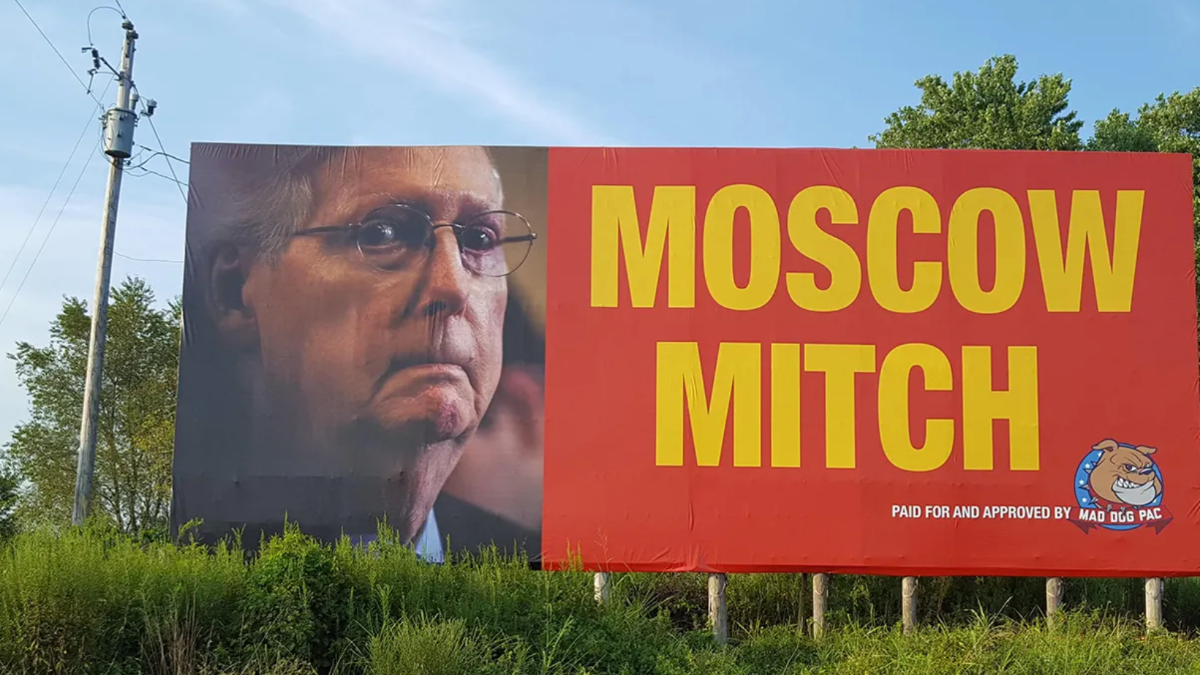 Here's how Center For Common Ground used billboards in North Carolina-3 to increase voter turnout in the recent special election. 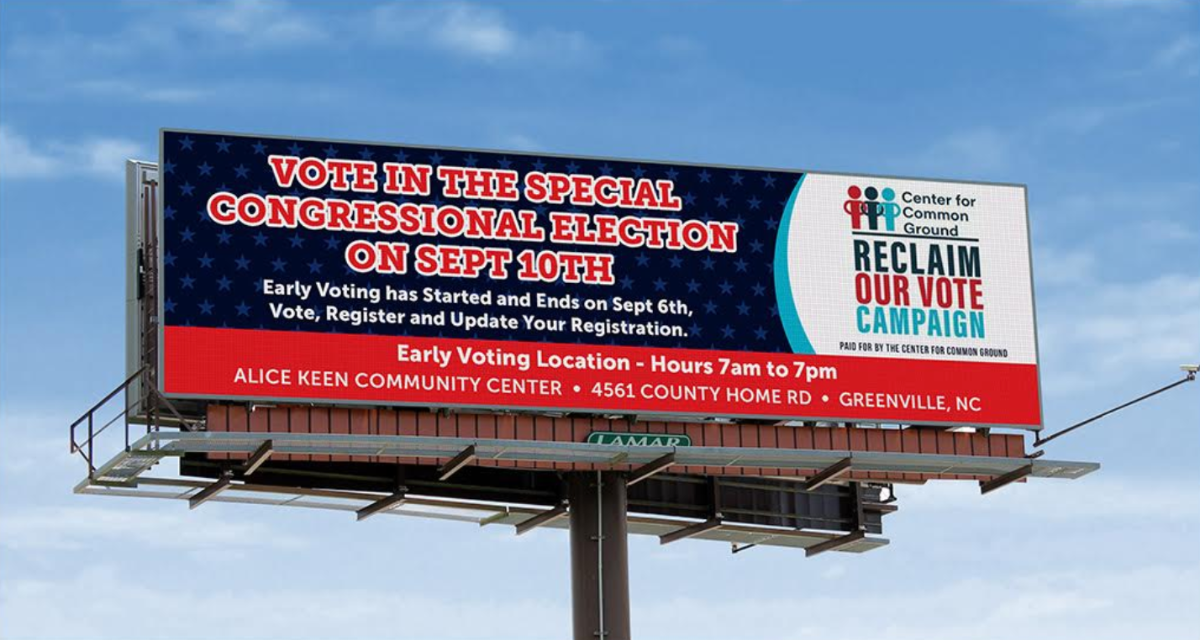 Out Of Home Advertising (OOH)
OOH advertising works. Consider these stats from LAMAR/Scarborough 2017.
98 million voters are a captive billboard audience during their daily commutes.
78% of local and state election voters will not see TV commercials.
Many voters use DVRs to skip TV ads or watch streaming video.
67% of people who vote in local and state elections do not read a print newspaper.
This website helps locate billboards available for advertising nationwide.

OOH Advertising service providers
Founded in 1902, Lamar Advertising Company is one of the largest outdoor advertising companies in the world, with more than 360,000 displays across the United States and Canada. It offers a range of formats including regular and digital billboards, transit and airport signage.

Planning a billboard campaign
1. Pick a location Who do you want your message to reach? Where will they be driving? Factories, schools, hospitals, military bases, airports?
2. What's the message? What's the call to action?
3. What's the right billboard size? Should you consider a digital sign?
Here are the highlights of Andrea's North Carolina special election billboard campaign. 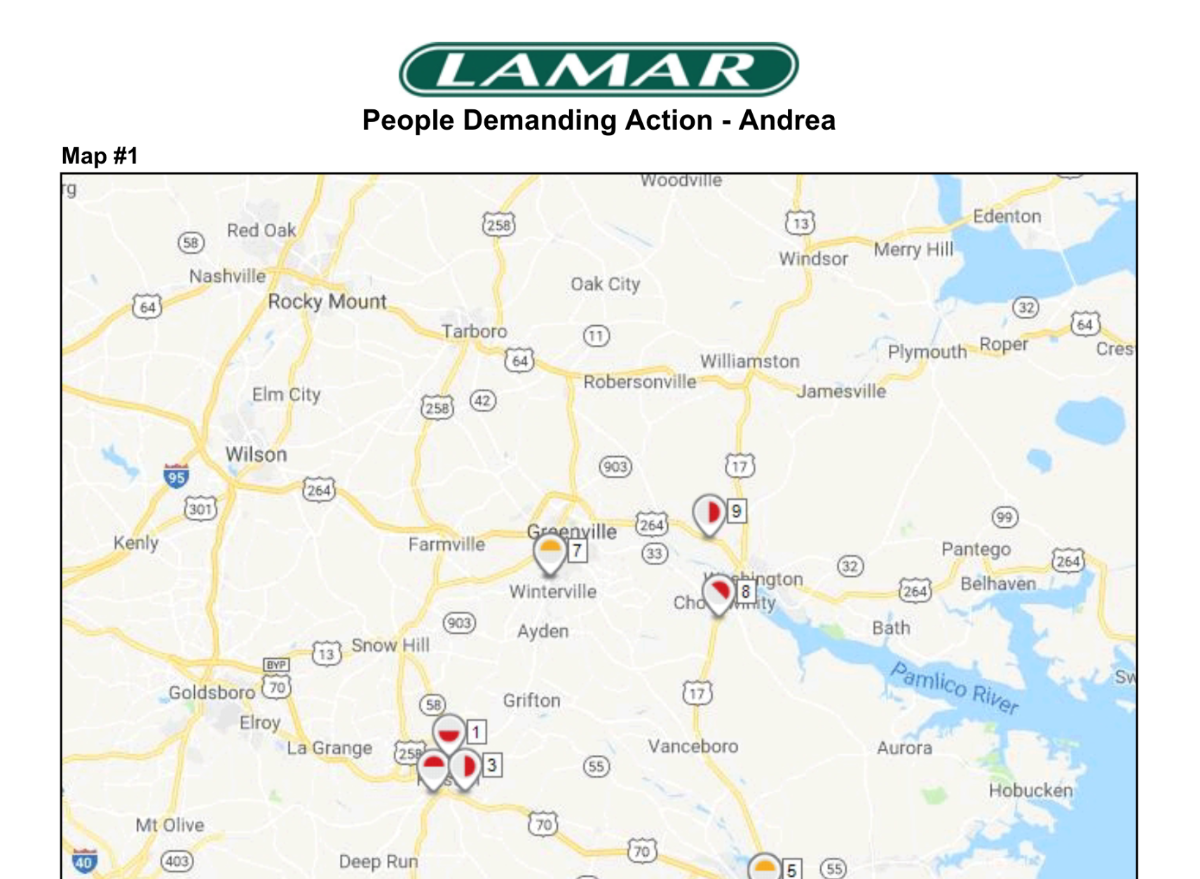 Billboard locations were picked to maximize exposure to potential voters. 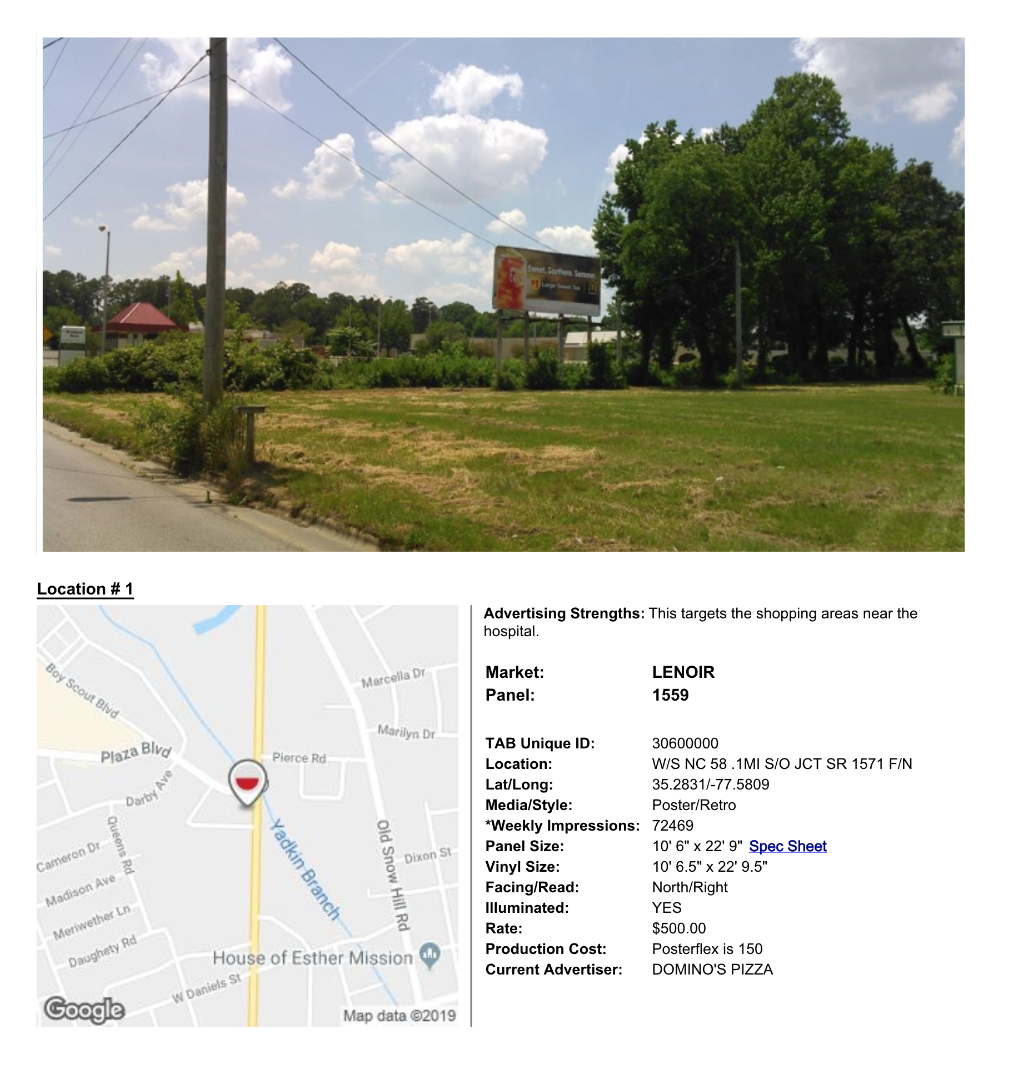 The location and traffic patterns past the sign were analyzed.

Donate to Center For Common Ground to promote voting rights

The Illinois Health Care Truth Tour
Aram Fischer, political strategist and volunteer organizer with Indivisible SF used a hybrid approach during the 2018 midterms with both mobile and stationary billboards.

"We used billboards to hold Illinois congressional reps accountable for their votes to repeal ACA Healthcare. Working with Indivisible Illinois, we crowdfunded $23,000 with an average donation of just $40. The groups on the ground organized 11 events in the six Congressional Districts plus a final event in Chicago", explained Aram.

"We rented a digital billboard truck and displayed Congressman-specific healthcare information at each event. We also put up four static billboards that covered six Congressional Districts. We generated press coverage across the state, including a front-page photo in the Chicago Tribune."

And sometimes you need three billboards to bring about change.

Take away
Businesses closely track their customer acquisition costs (CAC). How much does it cost to make an offer and acquire a customer (or voter in this case)?

There is no silver bullet, and most campaigns will use multiple approaches that best matches with their target audience. Who are you trying to reach? Where do they spend their time (home, work, commuting)? What is there preferred mode of obtaining information (TV, radio, mail, billboards, newspapers, social media)? How much will it cost to produce and deliver your message? What is the response rate? What is the cost per response?

Billboards should be in your toolkit - especially in rural and commute-heavy districts. Learn more on how to apply this approach here.