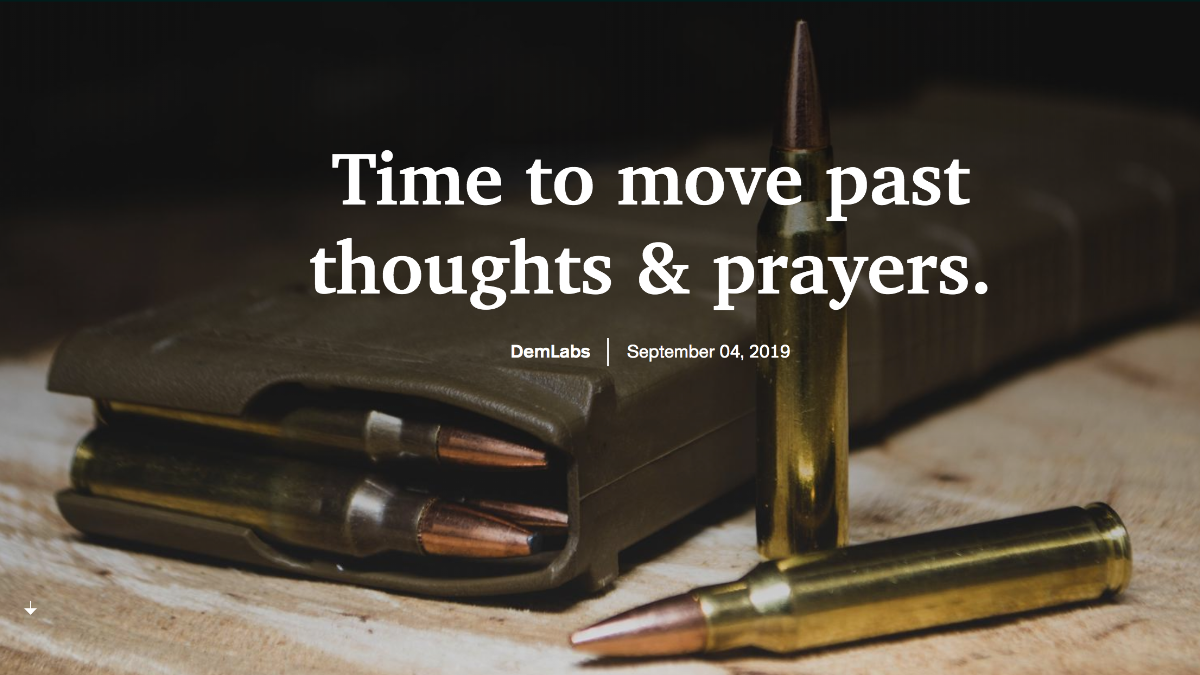 It's not for lack of content. The challenge is crafting a simple narrative that explains the big picture and what should be done. The appeal has to be engaging, easy to understand and share. StoryMaps is a free digital story telling platform to create interactive stories.

StoryMap design
Gun violence involves many issues. We chose sis key points for the StoryMap that could be read in under two minutes. The relevant research material and links were then assembled to create the narrative. We included attribution and links back to the original content and videos.
- Map of Texas mass shootings with details of the casualties, the shooter and weapon used.
- The inadequate press coverage of the tragedy of gun violence and its causes
-  The gun lobby and NRA's influence over politicians
- The loosening of gun control regulations in Texas with details of seven new laws
- Corporate donations to the politicians loosening gun control laws
- The leading organizations advocating for reducing gun violence and and their recommendations
This StoryMap incorporates multiple resources including Mother Jones, Popular Info, Texas Tribune and Wikipedia. Links to the resources are included for more details.

The challenges
- Complex issues like gun control involve many stakeholders - the public, politics, lobbyists and corporate interests.
- Ad driven media outlets are primarily motivated to keep viewers engaged.  This limits their ability to provide in-depth analysis.
- People are pressed for time and have short attention spans.
- Advocacy groups produce excellent content but often don't get the distribution it deserves.
A way to combine existing content into a compelling narrative is needed. Readers should be able to absorb it at their own pace and dive deeper for details depending on their interests. The story should be easy to update with new material on an issue so it is always current.

Digital storytelling
StoryMaps is an ideal story-telling platform to advocate for change.
- It is free, easy to learn and use.
- Stories can include text, images, videos, maps and links to calls to action.
- Users can read the stories at their own pace on phones tablets and laptops.
- Stories can be shared by email and social media with a link http://bit.ly/stopgunviolencenow
-. Stories are stored online and can be refreshed at any time.

These three StoryMaps demonstrate the platform's versatility in covering a range of issues. 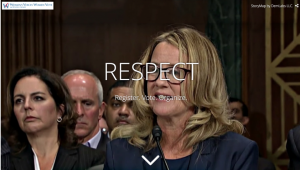 Voting for Reproductive Freedom
This StoryMap was created during the Kavanaugh hearing WVWV Action Fund to encourage voting for ProChoice candidates. It included links to Voter Registration web sites, videos of women's issues and a nationwide map of candidates during the 2018 midterms. The StoryMap was featured in Newsweek. 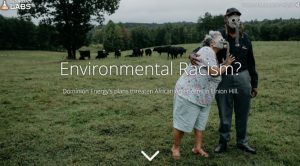 Protesting a dangerous facility
being built in low-income African American community in Virginia. Volunteers This was created by Friends of Buckingham County to protest a dangerous Dominion Energy fracking plant to be built in Union Hill for the Atlantic Coast Pipeline.This StoryMap was designed in three days. 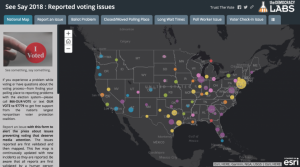 Real-time reporting of voting Issues
"See Something, Say Something" StoryMap was a collaboration between the OSET Institute, Rock The Vote, Democrats.com and Samantha Bee. It allowed people to report voting issues they encountered right away from their phones. This StoryMap has been viewed over 250,000 times and been featured on NBC.

Take away
Use the best possible story telling platforms when mobilizing public support on vital issues like common sense gun control legislation. Build support for your cause with a StoryMap.

Please share this bulletin. Democracy Labs is a SF-based, hub for ongoing technology and creative innovation for progressives. Donate here to support our work.
Subscribe to DemLabs Bulletin