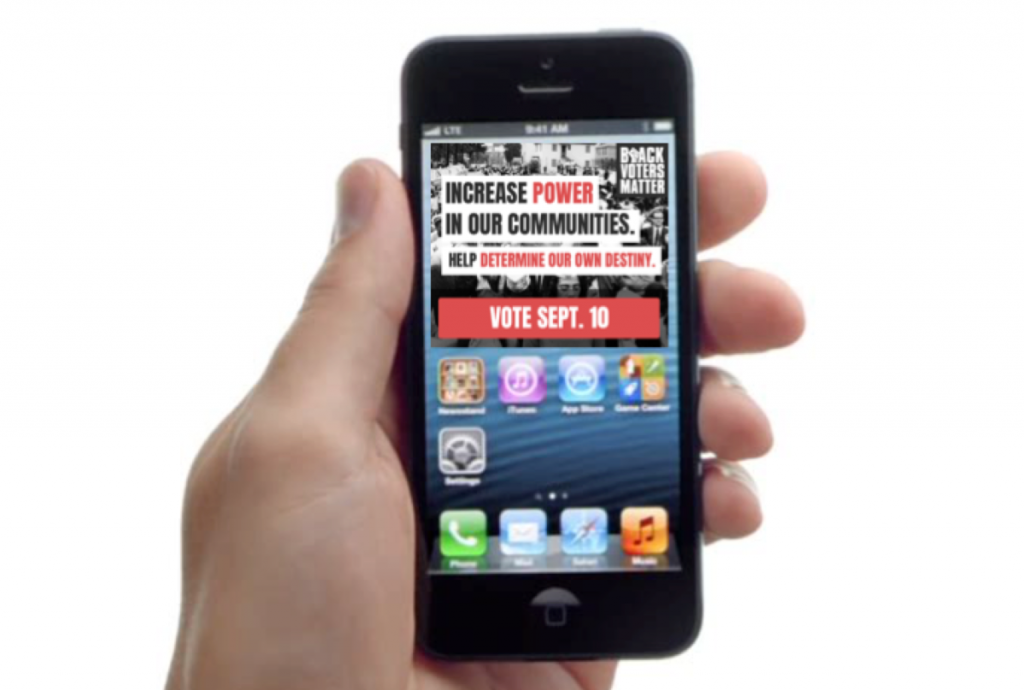 African American voters are important voting blocs in NC-3 and NC-9.  Black Voters Matter ran a get-out-the-vote (GOTV) campaign targeting local community college students and church goers. These venues were geofenced to assemble a list of Mobile Device Ad IDs (MAIDs) of phones that had been in the selected areas. Residents got ads on their phones encouraging them to vote. 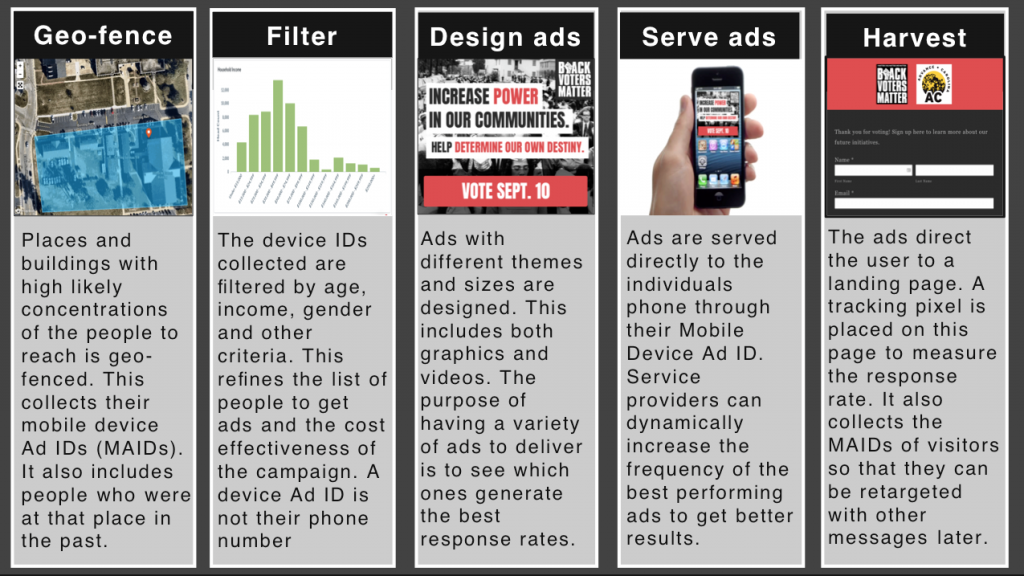 Geofencing
A virtual boundary is created around the targeted location - such as a community college or church in this case. Campaigns can even specify the time period such as which students attended a rally on campus months ago. Mobile ad networks report the MAIDs of phones present in the selected areas at the specified time periods.

Collecting and selling this device location data is an established, multi-billion dollar industry used by businesses to sell their products and services. Note: MAIDs are not the same as phone numbers in order to protect individual privacy.

The audience of MAIDs is filtered by age, gender and other criteria to focus on individuals that the campaign wants to reach. In this example, individuals earning over $100K at the community college are more likely to be teachers rather than students. Campaigns stretch their ad budget by filtering the collected MAIDs to just the individuals they want to reach.

Ad design
Ads were designed in different themes and sizes in order to test which version performed the best. A/B testing uses two variations of an ad (A and B) to see which one gets a better response. This information is used to improve the text, color and size of the ad to get even better results. 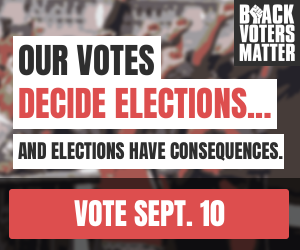 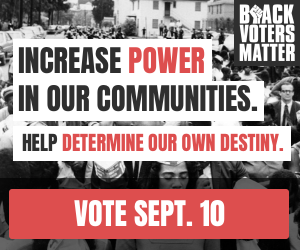 Ads served
Mobile ad networks continuously monitor which ads are generating the most response and show the best performing ads more often. Bet on your winners. In this example the 300x250 pixel ad had a low response rate. 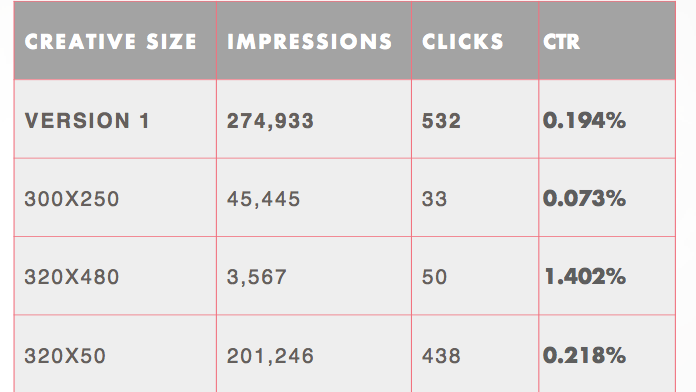 Capture responses
People clicking on the ad were directed to a Black Voters Matter landing page on the CivicEngine platform. A tracking pixel on the landing page measured the number of responses generated by each ad. The respondents' MAIDs were saved so that they could be retargeted with other messages in the future. 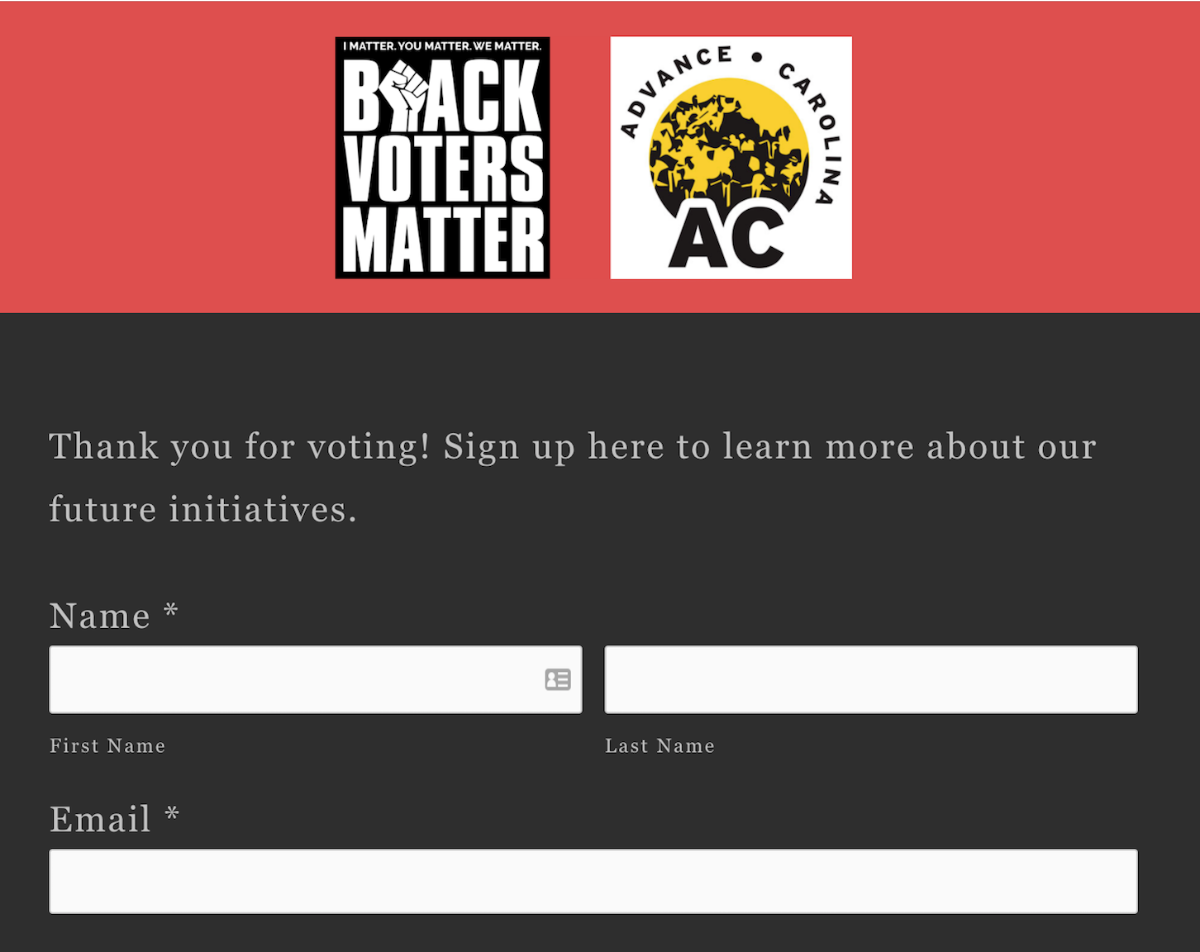 Summary
This ten day campaign also used demographic and zip code targeting with information from the ad service provider. The campaign was able to see how its ads were performing in real-time, to stretch their ad budget. MAIDs of the people who responded were collected so that could be contacted again. 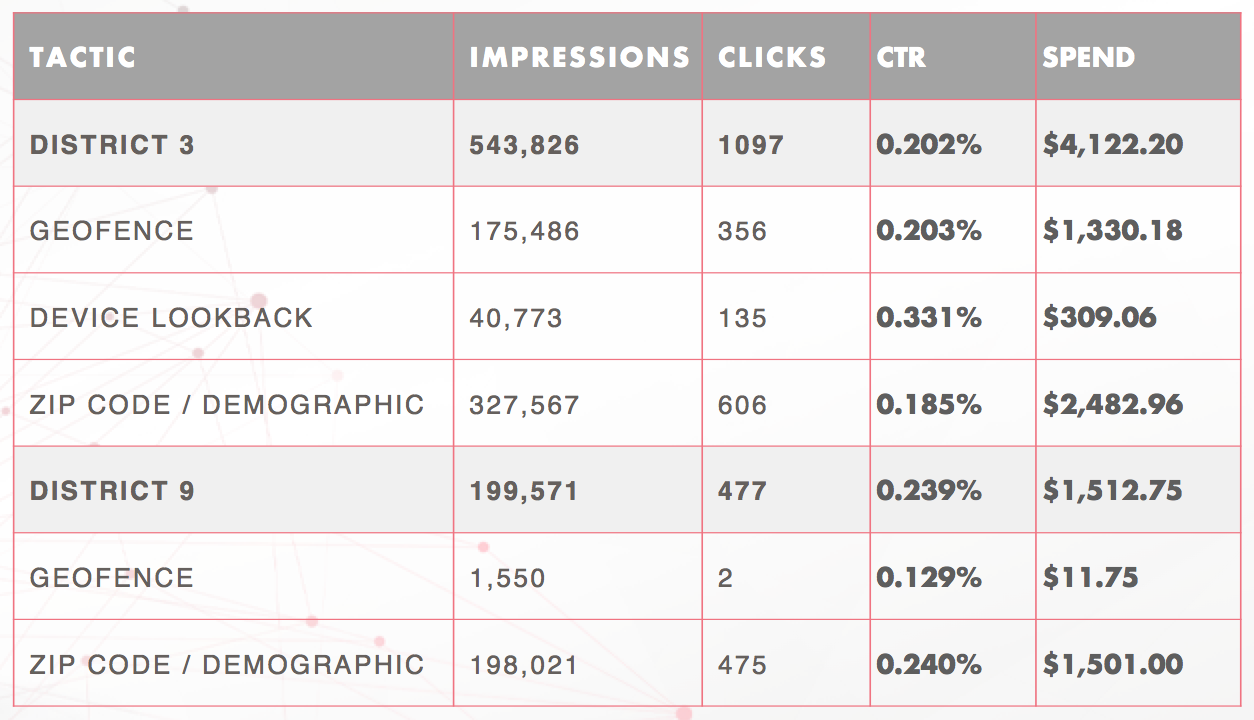 Take away
A person's movements reveal a lot about them. Businesses use this info to sell your their products through mobile ad networks. Campaigns should use these cost-effective tools too. How much time do you spend on your phone versus reading mailed letters?

Organizers know where their most likely supporters might be and what messages will resonate with them. Geofencing targets those individuals with mobile ads and continuously monitors response rates to improve the results. Reduce the guesswork and improve your outreach as Black Voters Matter did with geofencing. Learn more the technique here.