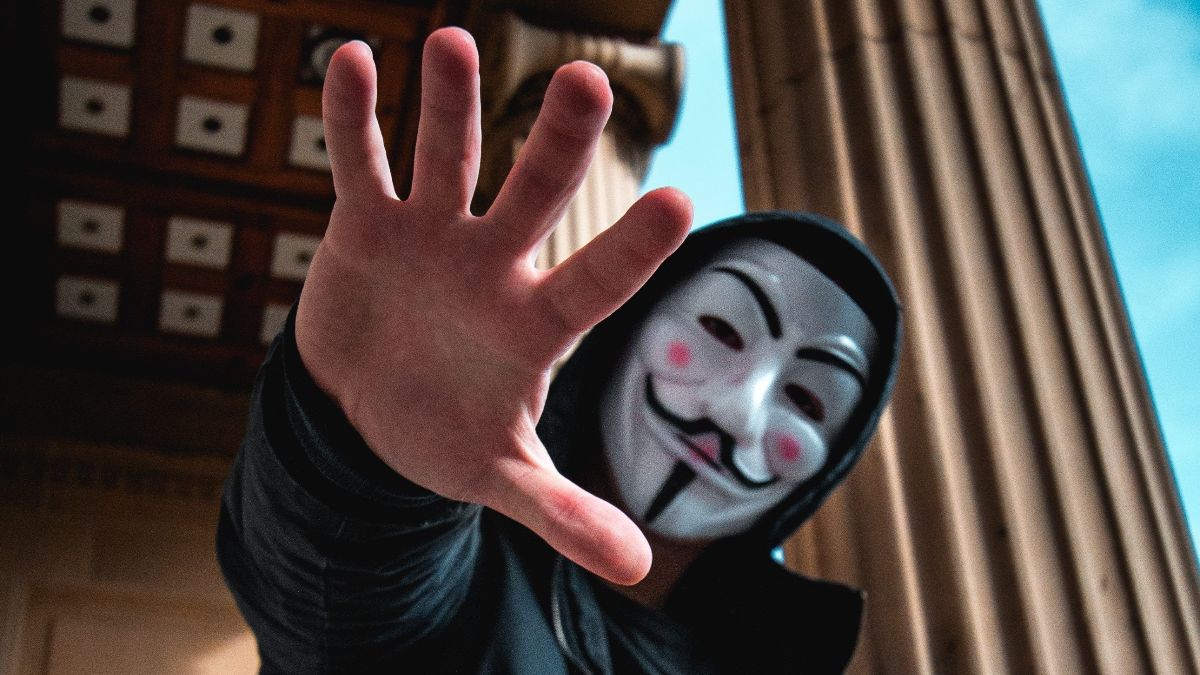 “The supreme art of war is to subdue the enemy without fighting.” - Sun Tzu.

Instead of the bullets and tanks used in conventional war, online warfare uses media and computer code. It's asymmetric. Small countries can force their will on larger ones for a fraction of the cost of traditional warfare.

"Cyberwarfare isn't about breaking into computers anymore — it's about spreading disinformation." - Salon. Understanding such attacks is the first step in defending against them. This primer covers key cyberwarfare concepts such as information operation kill chains, influence operations, center of gravity analysis and the role of deception in destabilizing democracies.

Background
Gregory Conti and Robert Fanneli from IronNet Cybersecurity presented "Defending A Nation In Cyberspace: A Collective Defense Approach" at BlackHat, a major security conference. (Disclaimer: The views expressed in their talk are those of the authors and do not reflect the official policy or position of IronNet, the US Government, or any of the authors' current or past employers). This blog abstracts their presentation along my comments and links to  examples of real world cyberattacks (in red).

There is a special briefing on Guarding Against Disinformation Attacks on Tuesday, Sept 24 in Washington, DC. RSVP link  below.

Greg & Robert's BlackHat presentation explains cyberwarfare and recommends defenses agains it. Many of the tactics covered are reminiscent of recent elections, including phishing campaigns, divisive content and establishing false personas. 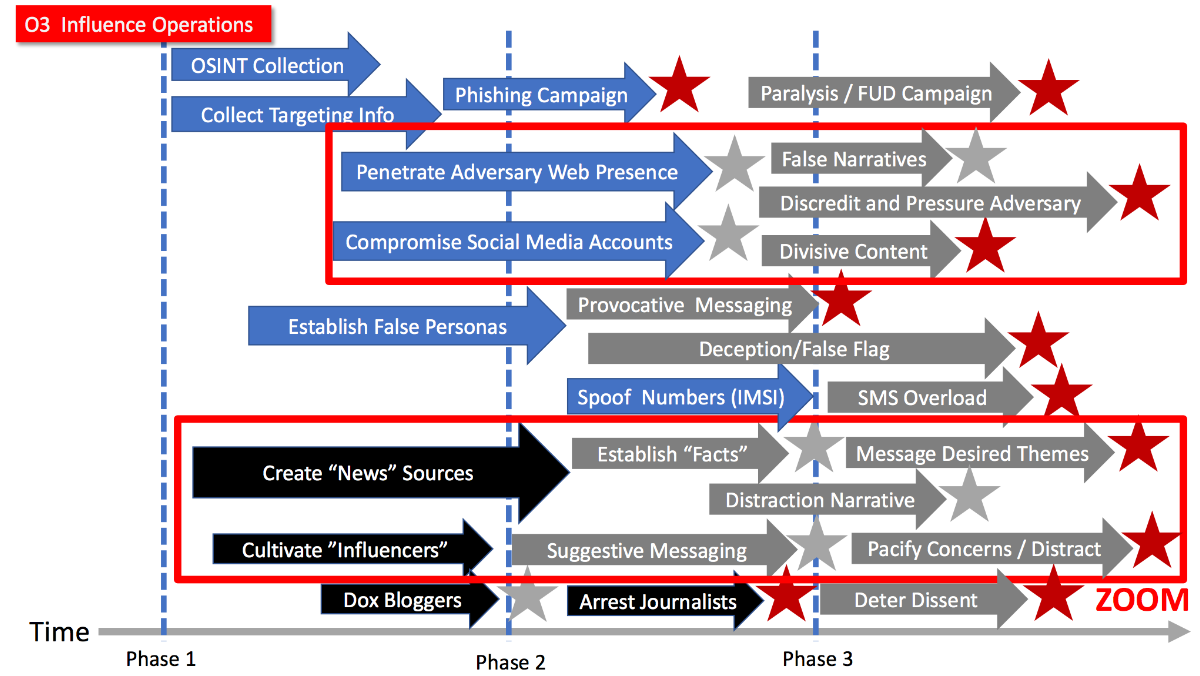 Information Operations kill chain
"Information attacks against democracies, whether they’re attempts to polarize political processes or to increase mistrust in social institutions, also involve a series of steps. And enumerating those steps will clarify possibilities for defense." - Bruce Schneier, a pre-eminent security expert.
The 'kill chain' is a military concept related to the structure of an attack; consisting of target identification, force dispatch to target, decision and order to attack the target, and finally the destruction of the target. An information operations kill chain has the same intent and can be broken into a series of steps.

Center of Gravity
"It is difficult to defend if you do not know where and how you will be attacked. Center of Gravity (CoG) analysis uncovers points of vulnerability to develop defenss plans. Adversaries use CoG-like analysis to create a targeting list and assigning forces to exploit these vulnerabilities."

Destabilize democracies
"Attackers will probe defenses, systems, infrastructure, trust relationships, and people to look for weaknesses that can be exploited. This phase will include gathering information from social media accounts and other freely available information." Here are three examples of cyber attacks against election and transport infrastructure:
"Russia Targeted Election Systems in All 50 States, Report Finds" - NY Times
"FBI investigating cyberattack on Atlanta that involves ransom note" - The Hill
"Before the Gunfire, Cyberattacks" - NY Times

... and inserting intelligence operatives into target organizations, among numerous other strategies. The attacker, slowly and unobtrusively chips away at the target country’s defenses".
"Maria Butina, explained: the accused Russian spy who tried to sway US politics through the NRA." - Vox 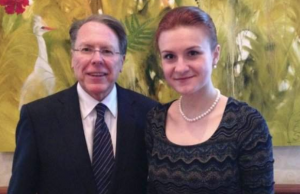 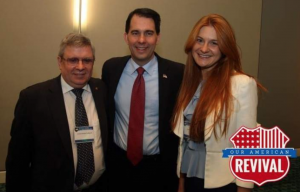 Take away
Adversaries who cannot challenge the US directly, are waging cyberwarfare and disinformation campaigns to undermine our democracy. Understand how the attacks work and be on guard.

Please share this bulletin. Democracy Labs is a SF-based, hub for ongoing technology and creative innovation for progressives. Donate here to support our work.