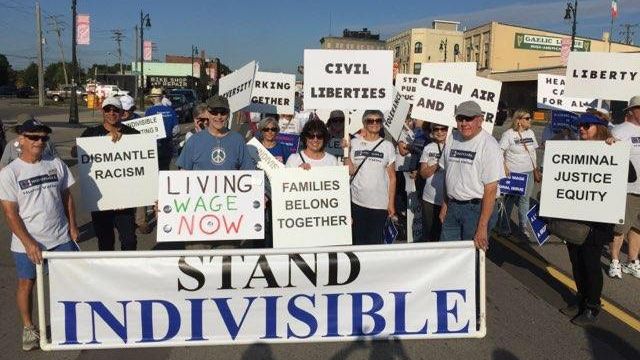 Planning makes all the difference - especially when you're underfunded. Grassroots groups make a bigger impact with better software.

StateWide Indivisible of Michigan (SWIM) is a coalition of grassroots groups working on a strategy to deliver a majority of Democratic Party State House Seats to the people of Michigan. They have organized nearly 50 independent groups across Michigan to best use their energy to flip at least 4 seats and protect the 6 seats won in 2018. They are focussing their efforts on races trending Democrat with strong candidates. They are using ArcGIS mapping software to develop their strategy to flip key districts and extend their coalition.

Background
"Our successes in 2018 taught us that our strength is in collaborating with partners and communicating across the network. Our relationships held us together and our plan provided a roadmap for all to witness and participate.  Everyone was trained on value messaging and being respectful of all views."

"We created a map with a little help from DemLabs, that showed the intersections between State House Districts, Congressional Districts and Indivisible Groups", explained Michelle Pallas, Michigan SWIM strategist. "It was easy to see where we had resources and where we needed resources.  Next we will overlap more partners, such as Dem Clubs, Local Labor Unions and any groups we can tap to join our movement."

Gameplan
1. Analyze voter trends to identify seats with the best opportunity for a 2020 win.
2. Determine which flippable seats have viable candidates
3. Determine which Congressional Districts overlap with the State House District
4. Identify locations of all active Indivisible groups
5. Match Indivisible Groups with flippable seats where they live and secure other groups to adopt races that are near them.
6. Identify partners in the flippable districts who may be friends of the campaign:
- State House Candidate Campaign Team
- Congressional House Candidates and Elected Campaign Team
- Dem Party Clubs
- Other activist groups
- Labor Union Locals
7.  Map the partner opportunities on a single State Map to identify the relationships to be built and resources to mobilize. 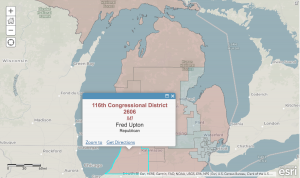 Michigan has 14 congressional districts. The districts are currently represented in the 116th United States Congress by 7 Democrats, 6 Republicans, and one independent. 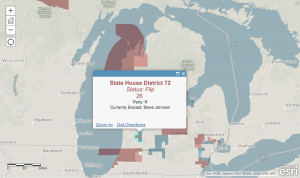 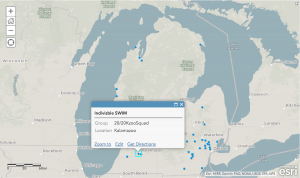 StateWide Indivisible of Michigan (SWIM) is a coalition of grassroots groups working on a strategy to deliver a majority of Democratic Party State House Seats to the people of Michigan. 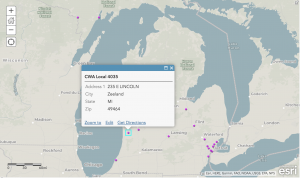 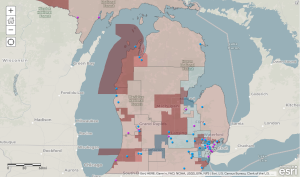 Combining congressional and state districts provides a good basis to plan with. A map overlaid with local Indivisible chapters and potential partners such as local CWA locals make canvassing and GOTV easier. 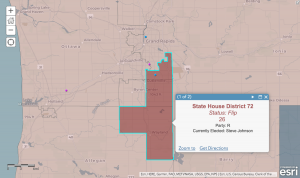 This map is interactive and organizers can drill down to street level. Clicking on a point reveals all the information in the underlying layers such as the congressional and state elected officials.

Take away
Make the most of your limited resources when you are the underdog taking on powerful, entrenched interests. Advanced mapping software like ArcGIS can make a big difference.