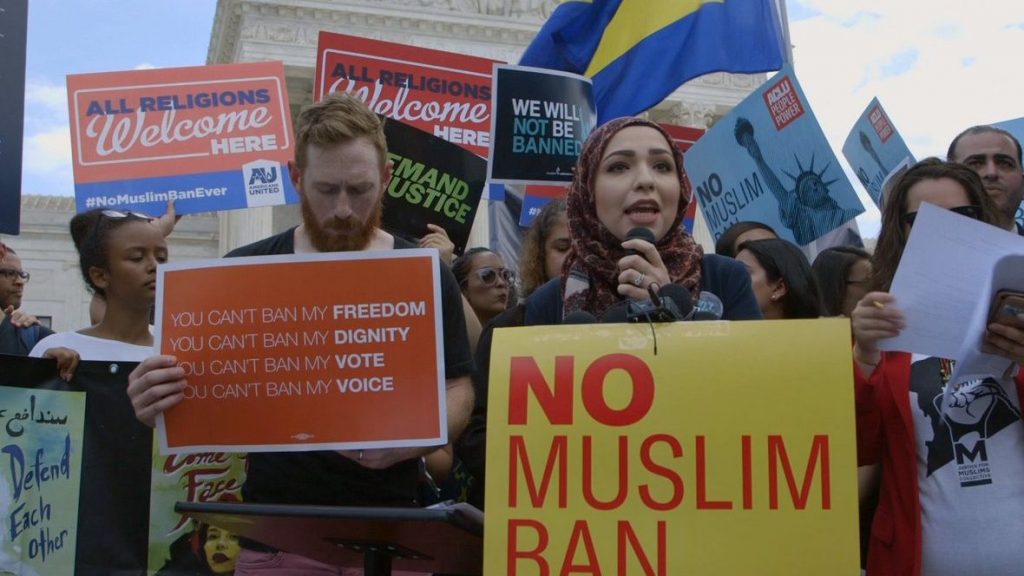 Banning muslims? Putting kids in cages? A president for life?
How is the public manipulated to tolerate such extreme steps? How can the range of ideas be stretched to include extremely radical ones as well?

Introduction
"The Overton Window is a model for understanding how ideas in society change over time and influence politics. The core concept is that politicians are limited in what policy ideas they can support — they generally only pursue policies that are widely accepted throughout society as legitimate policy options."

"The Overton Window reflects what society believes, which can be as easily influenced by truth and facts as it can be by inaccurate or deceptive information."

"Politicians constrain themselves to taking actions within the 'window' of ideas approved of by the electorate... Since commonly held ideas, attitudes and presumptions frame what is politically possible and create the 'window,' a change in the opinions held by politicians and the people in general will shift it. Move the window of what is politically possible and those policies previously impractical can become the next great popular and legislative rage," wrote Joe Overton at the Mackinac Center For Public Policy.

Case study
Here's how the Overton Window is applied in real life. (Images below reproduced with permission from BlackHat 2019 presentation by Pablo Breuer and David Perlman from CogSec). 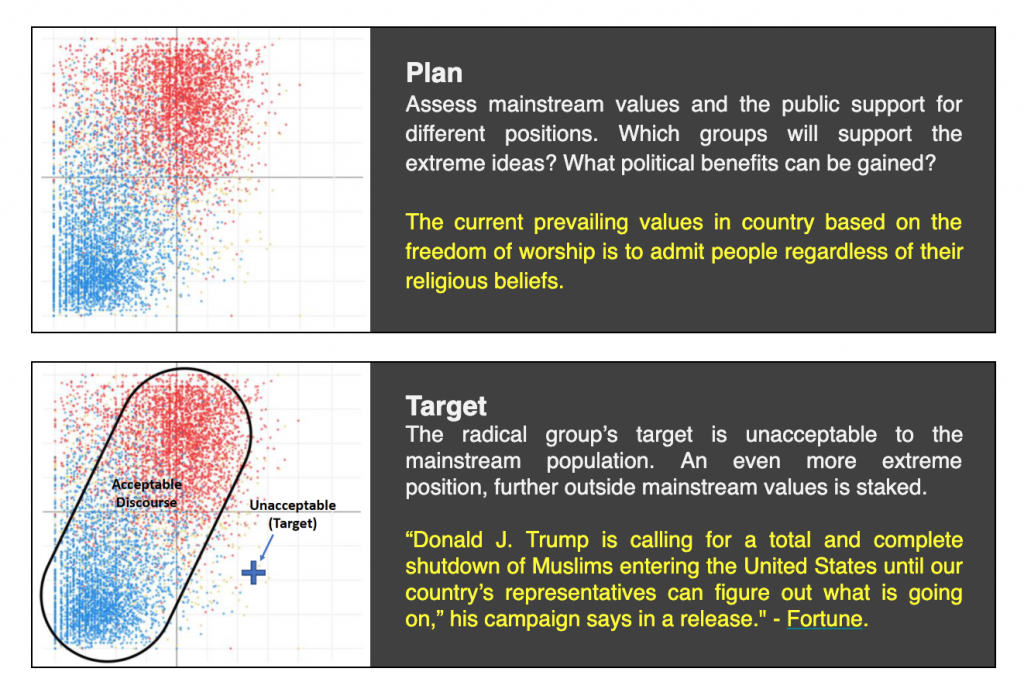 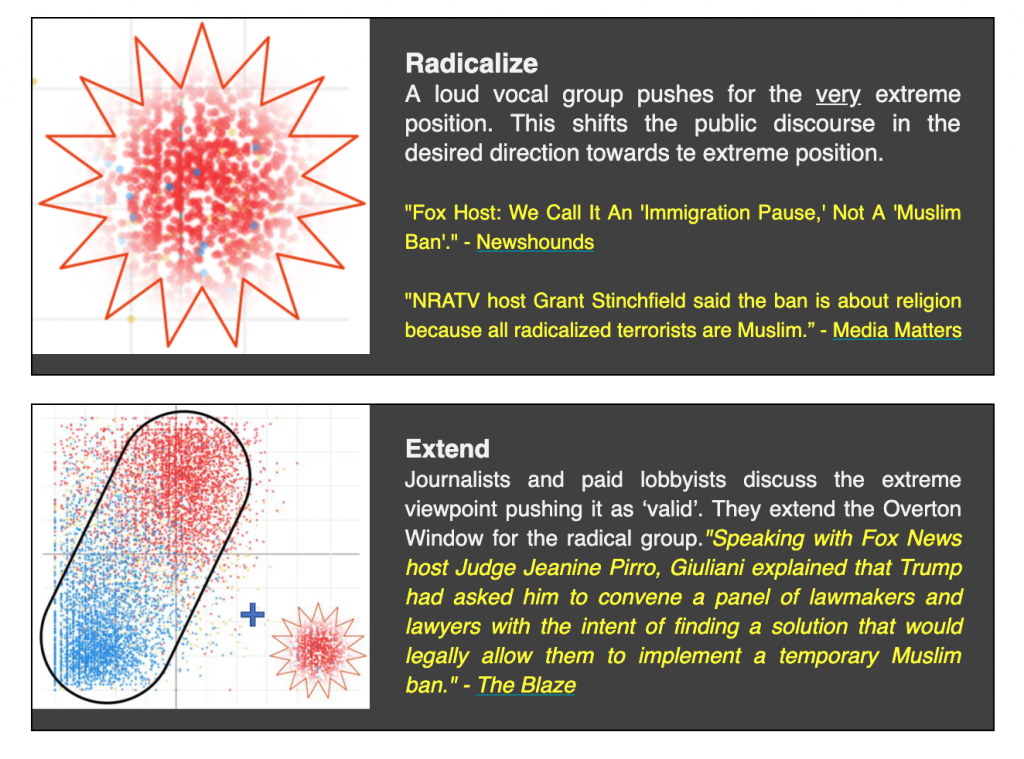 Another case study
Here's another possible application of the Overton Window:
1. Plan - "U.S. presidents are limited to serving two elected four-year terms in the White House". -ThoughtCo.
2. Target - "The president of the United States apparently regards the leader of the Chinese Communist Party as a model. “He’s now president for life,” President Trump told supporters this past weekend. “President for life. No, he’s great. And look, he was able to do that. I think it’s great. Maybe we’ll have to give that a shot some day.” - Washington Post
3. Radicalize - "Fox played the audio this morning and Pete Hegseth––who was quick to invoke the President’s “fake news” nickname at first mention of CNN––said, “He’s making a joke… You could hear the laughter in the room.” - Crooks & Liars
4. Extend - ?
5. Score - ?

"A plan to destroy America, a hundred years in the making, is about to be unleashed . . . can it be stopped? There is a powerful technique called the Overton Window that can shape our lives, our laws, and our future. It works by manipulating public perception so that ideas previously thought of as radical begin to seem acceptable over time. Move the Window and you change the debate. Change the debate and you change the country." -  Intro to book by Glen Beck, radio host.

Be on guard against manipulation with resources like CogSec.

Please share this bulletin. Democracy Labs is a SF-based, hub for ongoing technology and creative innovation for progressives. Donate here to support our work.