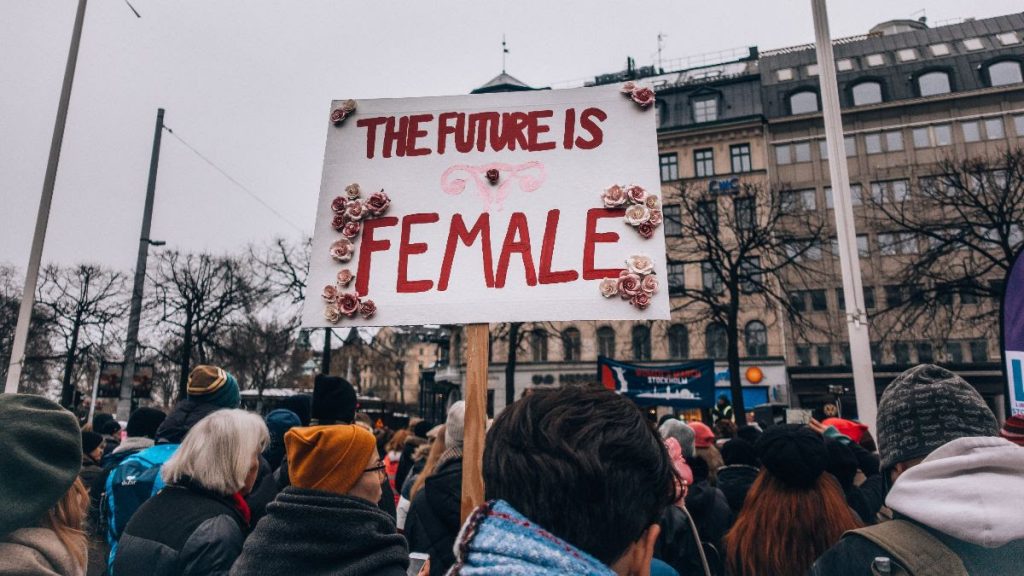 Background
Really American is a political and social issues-based website, founded by Nathan Mackenzie Brown. The website focuses on news that matters to Americans who want to make a difference. ActionSprout is a smart story network platform for Facebook that provides a continuous feed of curated content that's ideal for petitions.

Technique
When someone takes a small action for you, like signing a petition or pledging their support, they are much more likely to take action again. That is the principle of micro-commitments. A “donation up-sell” applies this principle to give supporters the chance to sign a petition in support of a cause. And then immediately follow up with a message giving that supporter the opportunity to pitch in a few dollars to the cause.

“Find something people are really upset about, which is trending and ties into your cause," Brown explains. "Identify a 'bad' party that is involved in the situation. Then identify a third party that people believe would actually do something about the situation, if enough people sign a petition about the issue.” 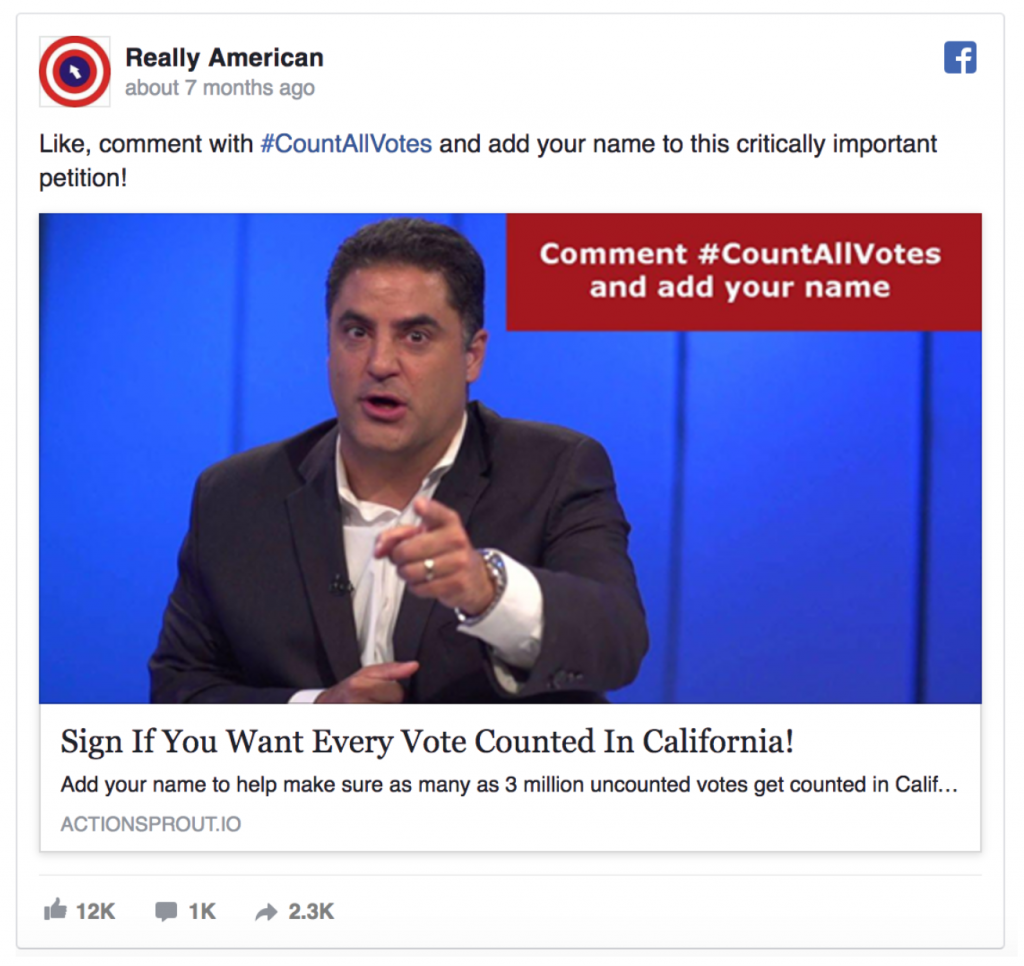 The campaign
This Really American petition campaign as designed to use the strong public support for fair vote counting to raise awareness, funds and build a list of supporters. Their top three petitions averaged a conversion rate of 53% with 84,142 Facebook shares! Results:
1. Built an email list of over 49,000 supporters
2. Received donations from over 500 people
3. Achieved a net gain of over $2,700 in donations after advertising costs

“When a petition resonates for people at a high level, it's because people think donating might really help the situation, so it's worth donating to as well as signing", explains Brown. “I ran up-sells right after people signed the petition, where I asked people to donate money to help get more people to sign the petitions. It worked effectively to cover more than the ad spend on petitions that were really hot.”

Brown experimented on his Facebook page to track what resonated and what didn’t, enabling him to fine tune his strategy. “What I found worked best for me was to find articles on topics that I thought could make good petitions. I posted those to my page to see how my audience responded. When something got a lot more engagement, I focused on making a petition about it".

'Real American' Tips
Use clear, concise language to explain why supporters should click and what’s at stake.
Use hashtags, exposing the cause to a wider audience.
Use the “strength in numbers” mentality to get folks to add their names to a growing list of supporters, rather than asking them to solve the problem by themselves.
Offer a clear, concise call to action for maximum completion.

Technology
ActionSprout is an affordable, smart story network platform for Facebook. It provides a continuous feed of curated, searchable content to expand and energize your digital following. Here's what they recommend to get more exposure on Facebook:

Frequency: Facebook doesn’t automatically place your post in your followers’ feeds — it chooses only the content its algorithm considers the “best.” Data from your Facebook page such as how frequently you post plays a big factor. The chances of your posts making it onto your followers’ feeds, jumps with daily posts.

Quality: It is humanly impossible to produce great Facebook posts daily. The good news is that top-performing posts are usually stories curated from other sources. ActionSprout does away with the need to create an original post daily —  just find relevant stories to share and add some comments for context, based on your organization’s mission.

“ActionSprout has been an essential tool for growing the  act.tv and democrats.com family of pages. We’ve used petition actions to spur engagement while building a robust email list of our most active users", Sandi Behrns, Executive Editor act.tv

Takeaways
Public outrage about an issue soon fades with the next outrage. Use the outrage in the heat of the moment to raise funds and build long term capacity to bring about change.
Deepak
Co-Founder, DemLabs
Please share this article. Democracy Labs is a SF-based, hub for ongoing technology and creative innovation to support progressives. Donate here to support our work.
Subscribe to DemLabs Bulletin