Lessons From How The NRA Quickly Mobilizes Its Members For Maximum Political Power. 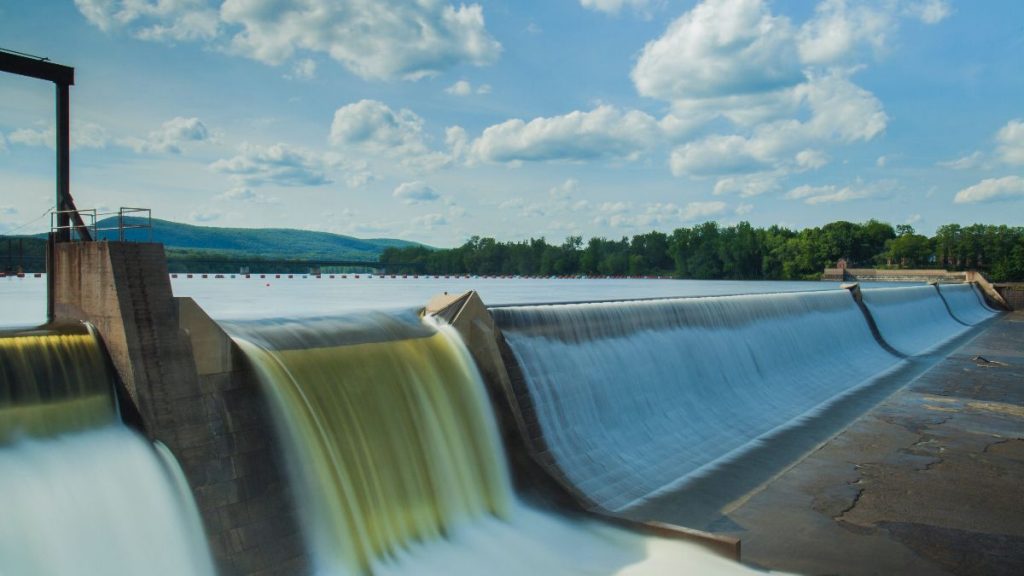 "The NRA activates its membership when elected officials are facing gun-related legislation, resulting in phone calls and emails and letters to Congress", reports NBC: "How the NRA Exerts Influence Beyond Political Contributions".

The NRA Institute For Legislative Action (NRA-ILA) app is used to quickly mobilize members. "Lobby your elected officials and urge them to support your right to bear arms, due process, etc."  as the NRA puts it. The app has had over 50,000 downloads according to Google Play.

This bulletin reviews how the NRA mobilizes member to lobby with this app. New technology lets smaller groups with little funding recruit members and quickly mobilize them to act.

Background
Recruiting new supporters and mobilizing them requires:
Data: How detailed and current is the information on supporters? Does this include their interests, location and other actions they have already taken?
Communication: How quickly and precisely can supporters be contacted? How much latency (delay) is involved in making a call-to-action?
Content: How clearly are supporters advised on the action they should take?

MAIDs
Mobile Advertising IDs (MAID) uniquely identify a mobile device but are different than the owner's phone number. Users opt in through different mobile apps to get notifications such as traffic updates, flight delay alerts or updates on special sales. Once a person has opted in to get such notifications, they are also reachable by other services and advertisers. Mobile ads appear in different apps running on that phone. More details on how this is done here.

Push and pull
Effective mobilization requires supporters to be notified quickly with specific call to action and a means to do it. Supporters can be alerted through phone calls, texts, instant messages, emails and web site updates to let their elected official know how they feel about an issue. The NRA exemplifies the benefit of mobilizing supporters quickly in a targeted manner.

2. Pull notifications require the user to take an action like open an email or visiting a web site in order to get a message. The response rate is lower and there is a time lag between when the message was sent and when it was read. 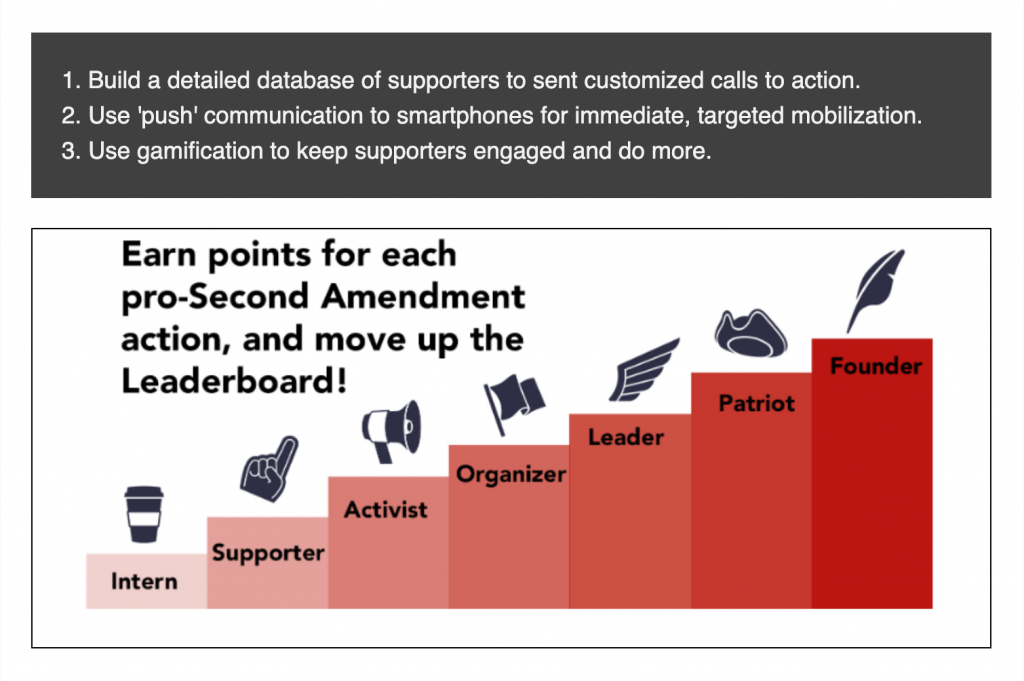 The NRA applies gamification to encourage supporters to stay engaged and do more. Gamification involves using the principles of game-design to things other than games such as calling your elected official or writing a letter to the editor. Think of your Frequent Flyer status where you earn more 'status' by flying more. Gamification uses human nature to coax people to do more to move up the leaderboard and earn a higher status. In the NRA example, would you rather be an 'intern' or a 'leader'?

Wouldn't it be wonderful if supporters could be mobilized as easy as turning on a light with the flick of a switch? How dams generate energy from a large amount of water is a good analogy. Water from rivers and rain showers is collected. and electricity generated by directing it through generators.
1. Collect. Protests may be temporary, but are ideal opportunities to collect details on potential supporters (much like collecting water during a rainstorm).
2. Consolidate. A large reservoir is better than many small ponds to generate hydro electric power. Groups should consider teaming with other like minded groups to  combine the data they have collected so collectively they have more power.
3. Generate power. Converting water into electricity requires a generator. A call to action converts the latent power of supporters into political power.

How to use geo-fencing, mobile ads and gamification to recruit and mobilize supporters.

1. Collect - People's movements and location indicate their interests. People at a rally have already indicated receptivity to the cause. It is possible to use geo-fencing to collect the Phone IDs of the attendees. This is not their phone numbers - but just a means to advertise to them. More details on this approach here.
2. Convert - Send mobile ads to the attendees' phones using Mobile Device Ad IDs (MAIDs) encouraging them to become supporters. Ads are sent with surgical precision to only people who attended the rally. This slashes advertising costs and enables very customized appeals. Details on supporters can be stored in a platform such as Action Network for subsequent communications.
3. Communicate - Mobilize supporters by sending them mobile ads through MAIDs. Ads can be targeted to the individual's profile and location. For instance a supporter who attended a rally demanding better healthcare, could be encouraged to call their legislator if there was news of a local hospital closure.
4. Call-to-act - Once the ad is placed direct them to a call to action. Platforms like New / Mode enable supporters to take one-click actions such as calls to legislators, tweets, emails and letters to the editor. It also identifies the right congressman for them to contact based on their location.
5. Coax - Keep supporters engaged and encourage them to do more with gamification. They could receive points for every letter to the editor, calls to their legislator.

Take away
Generating power whether electric or political requires infrastructure. Technology can level the playing field between rich lobbying groups and poor grassroots activists. Make every rally, march and protest count by converting participants into supporters. Mobilize your supporters effectively for political power long after the protest is over. Learn more here.
Deepak
Co-Founder, DemLabs
Please share this article. Democracy Labs is a SF-based, hub for ongoing technology and creative innovation to support progressives. Donate here to support our work.
Subscribe!