They only listen to their own voters. Use geocoding to mobilize better and focus supporters' energy. 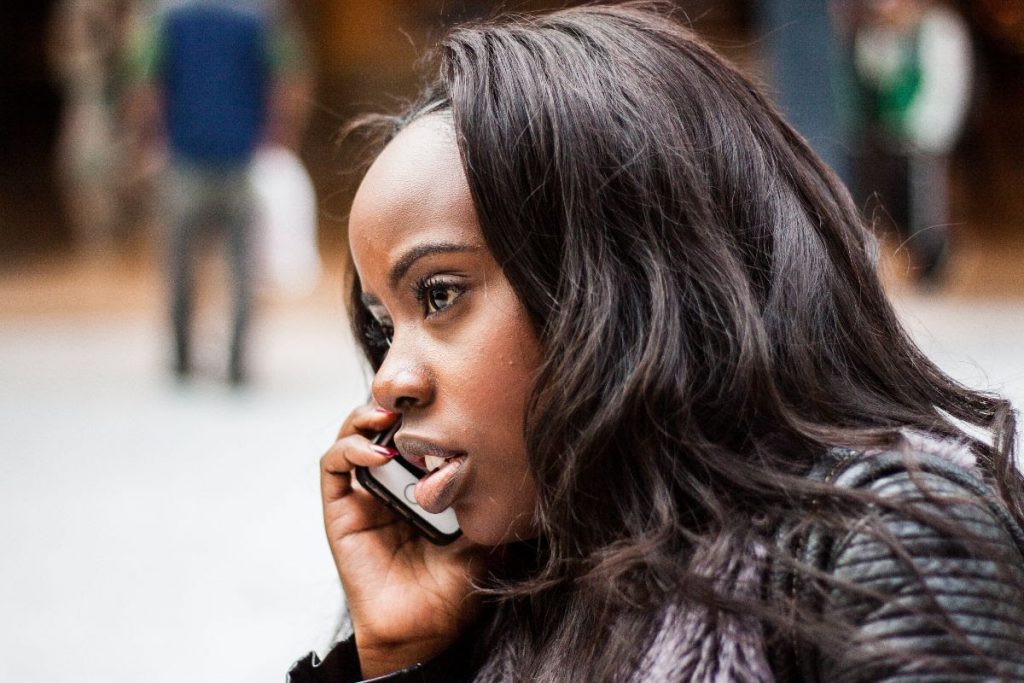 Elected officials only listen to their own voters. So it's essential for campaigns need to direct their supporters to lobby the right official. How can this be done with shifting district boundaries and the person to contact changing by issue? Geocoding.

Mobilize
The Peace for Rohingyas campaign launched by Sumaiya Ahmad shows how to do it right. It asked supporters to canvas their national Senators to support legislation to protect human rights. People were first asked to text 'PARIS' to 484848 to join the campaign. Supporters who responded received a text requesting their zip code. These zip codes were then used to find the right elected official for each supporter to contact using the USgeocoder service. 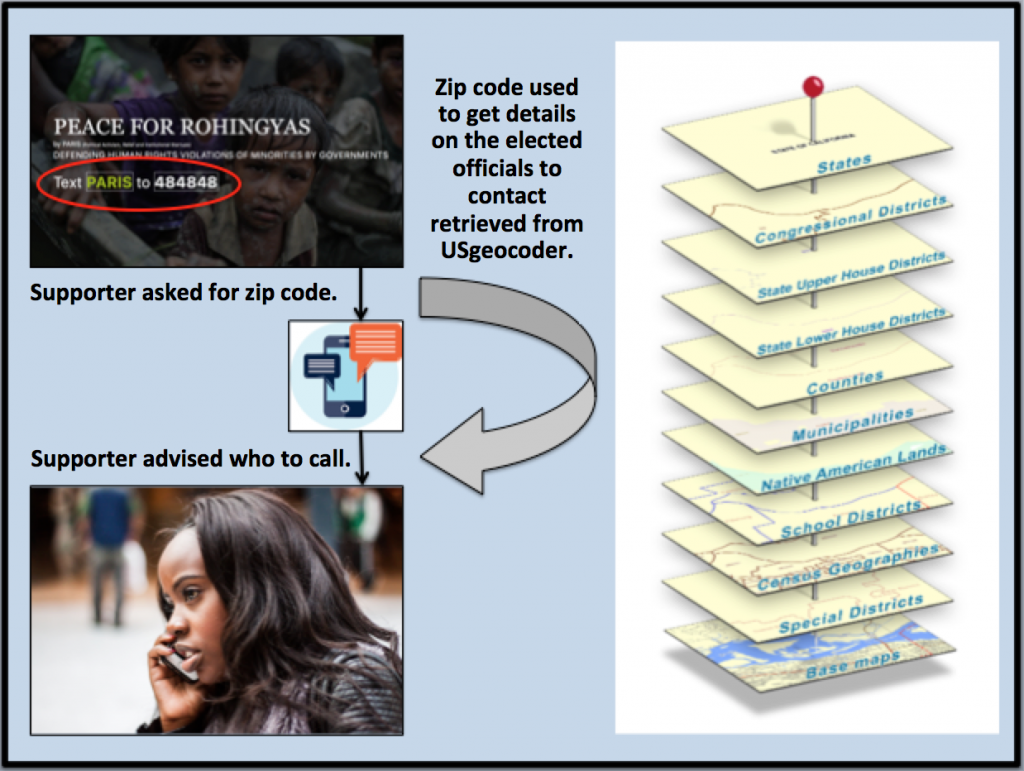 Geocoding assigns a precise latitude and longitude to every location. It also provides details such as school, state and congressional districts. Improve your mobilization campaigns by adding geocodes, districts and elected officials to every supporter's record.

Political jurisdictions, such as House of Representatives and Senate voting districts, are represented as shapes on a map. A geocode can be used to identify any jurisdiction - school, municipal, city etc. For example, every US address is within a voting district for the US House, state senate, state assembly, and County Board of Supervisors. Geocoding matches a physical address to its exact Legislative District or any other political district that it is within.There are over 40,000 5-digit zip codes in the US. The US Postal Service doesn't pay attention to state legislative district boundaries when they create zip codes. Legislative and Congressional district boundaries are maintained and decided by each state. District boundaries are redrawn with the census to ensure each district has about the same number of people as the US population changes. Gerrymandering and race balancing also result in district boundaries being redrawn.

USgeocoder is a wonderful geocoding service and even has special offerings for non-profits. It updates legislative layers with new boundary data as district boundaries change. For instance, the State of Pennsylvania made changes to their congressional district boundary files in 2018. USgeocoder obtained the boundary files from Pennsylvania and updated Pennsylvania’s congressional districts to coincide with the boundaries coming into use by the 116th Congress.

Effectively mobilizing supporters scattered across the country in multiple districts is hard. Use geocoding to direct your supporters' energy to  where it has the most impact.
Deepak
Co-Founder, DemLabs
Please share this article. Democracy Labs is based in San Francisco. It is a hub for ongoing technology and creative innovation to support progressives. Donate here to support our work.