They don't want you to vote

The Supreme Court just ruled aggressive purging of voter rolls. "States can now kick people off the rolls if they skip a few elections and fail to respond to a notice from election officials".

Who will these voter roll purges impact the most? This map shows areas with the highest minority densities. Click here on the map to see the areas where inactive voters are at the most risk of being purged from the voting rolls. See a pattern? 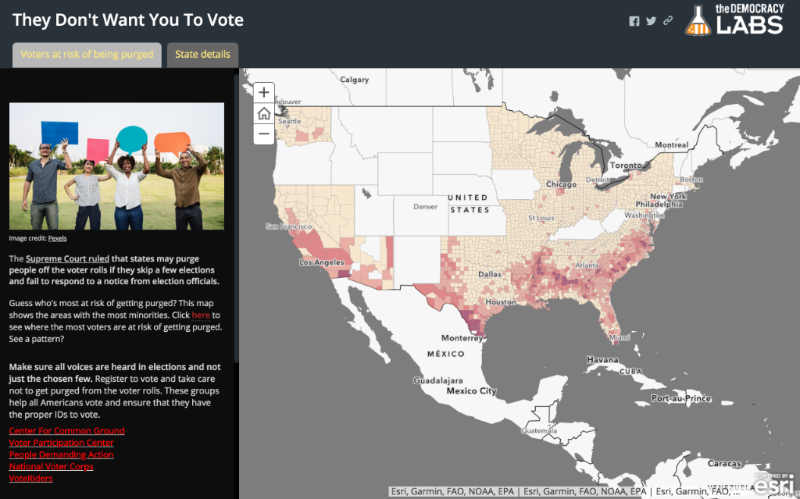 “Concerted state efforts to prevent minorities from voting and to undermine the efficacy of their votes ... were an unfortunate feature of our country’s history", said Justice Sotomayor about Ohio’s purge program. Fortunately, groups are working to ensure all Americans get to vote, and not just the chosen few. They're calling people at risk of being purged to let them know what's going on and to remind them to mail back their 'Voter Registration Confirmation' postcard. They're helping more Americans register to vote and get the right voter IDs. Donate now to help them: 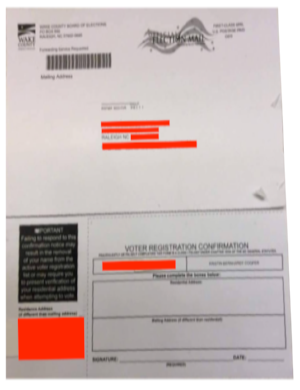 "North Carolina peeps: Keep your eye out for this bit of mail.

It is NOT a scam.

It tells me that despite voting in every election since I was 18, including the one 20 months ago, I will be dropped from the voter rolls if I don’t return this postcard. Lots of people were surprised to find out they were mysteriously unregistered in the last election.

If, like me, you treat snail mail like poison ivy, and are distrustful of sending your personal information to people you don’t know......TOUGH!

I’m sending mine in tomorrow. It is postage paid, at least."

A Reuters study in 2016 found that at least 144,000 people were removed from the voting rolls in recent years in Ohio’s three largest counties, which are home to Cleveland, Cincinnati and Columbus. “Voters have been struck from the rolls in Democratic-leaning neighborhoods at roughly twice the rate as in Republican neighborhoods,” the study found. “Neighborhoods that have a high proportion of poor, African-American residents are hit the hardest.”

These voter purging efforts are driving a backlash. Nina Simone put it best in Backlash Blues:
"When I try to find a job, To earn a little cash
All you got to offer, Is your mean old white backlash
But the world is big, Big and bright and round
And it's full of folks like me, Who are black, yellow, beige and brown
Mr. Backlash, I'm gonna leave you, With the backlash blues".

Deepak
Co-Founder, DemLabs
PS. Call us if you have a story to tell. DemLabs makes complex issues easy to understand and share with StoryMaps and infographics. We're a progressive, non-profit hub for innovation and information exchange. Support our work by donating here.